The ship rocked all night; & I slept like a baby.  I set the alarm so I could watch the morning show live.  My initial reaction when I opened my eyes & looked around the room....it looked like a tornado had come through.  Three suitcases on the bed, sofa & floor.  Piles of stuff on the desk & coffee table. Last night’s clothes in a pile on the floor.  So much for the organized 'me'.  My OCD ‘evil twin’ has emerged.  One of us is going to have to get busy today, cause I can’t live like this for the next 2 days.

I dressed & was in the Bistro when it opened; not a soul in sight.  Capt. Glenn reported that we are truckin’ this morning; going 21.7 knots on 5 of the 6 engines.  We are sailing 58 miles off the Oregon coast.  The seas have calmed; & we’re on schedule for a 6:30 arrival under the Golden Gate Bridge tomorrow morning.  His thought for the day....”Love is not finding someone to live with; it’s finding someone you can’t live without.”

I got all set up at our table; & went online to find the film clip from that Canadian news station that filmed us at the food bank yesterday.  They showed us hard at work; & then back at the ship showing some guys loading up their golf bags for a day on the links.  Most of Jennifer’s interview was left in.  They interviewed James (ShorEx Mgr) to talk about Crystal’s volunteer excursions.  It was very well done.

Over the next hour; Pat, Betty, Celeste & Bill all came straggling in.  We sat for a long time working on our computers, gabbing & started to get sentimental about having to reenter the real world.  Hubert (the jeweler) had rejoined the ship; & brought back Celeste’s new opal & diamond pendant.  It’s truly gorgeous; she is so excited.

She came back to the Bistro looking for her purse.  Seems in all her comings & goings, she lost it.  She had half the ship looking for it.  Turns out that her conscientious cabin stewardess put it away for her when she came in to change the bed linens.

Kris found all of us in the Bistro; & we all went up to have lunch together in Tastes.  I had some split pea & scallop soup (strange; but delicious combination of flavors). 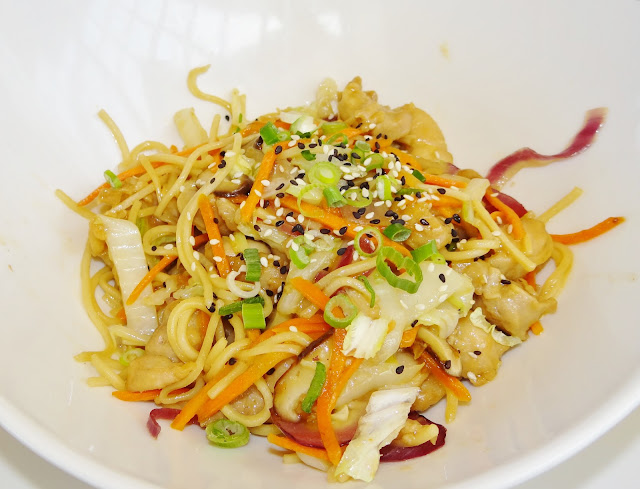 My main course was stir fried chicken-vegetable egg noodles with chili soy sauce.  It was fabulous. 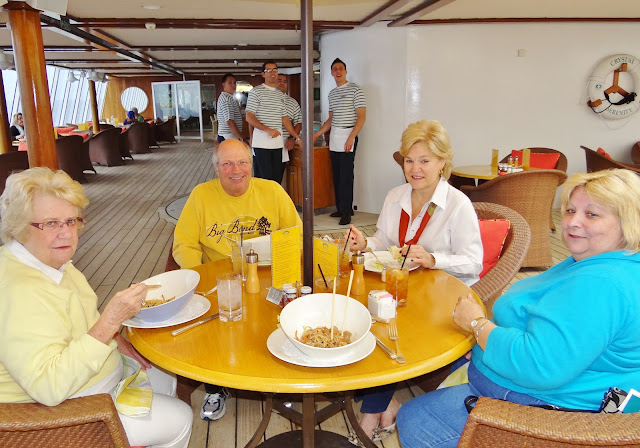 I went back to the Bistro & continued to ‘work’ the rest of the afternoon. Then I went around & started distributing tips with tearful goodbyes.  I preprinted small ‘thank you’ greeting cards at home; & stuck the tip money in there.  I went back to the cabin; & started on the packing.  Three hours into it, I realized that not everything was going to fit.  The suitcases were full when I came.  Not that I bought that much, but I did receive some very nice & bulky gifts that were taking up lots of room.  By this time I was getting a headache & itchy, runny eyes (I’m sure it’s the springtime pollen from the last 2 days).

All my favorite people were planning to eat together in the main dining room. As much as I would have liked being with them, I wasn’t going to make the best company tonight.  And it's a formal night too.  I ordered dinner; & Liz brought it about 9. We were chatting when the phone rang.  It was Leo calling from the dining room.  Celeste asked him to call & see when I was coming to dinner.  I didn’t realize they were expecting me; & I don’t remember telling anyone that I would be there.  I thought Celeste was being sarcastically playful; & I told Leo to give her a message (which was somewhat ‘off color’). He wrote it down & handed it to her.  Let’s just say that I later learned it was not received in the same manner in which it was offered. 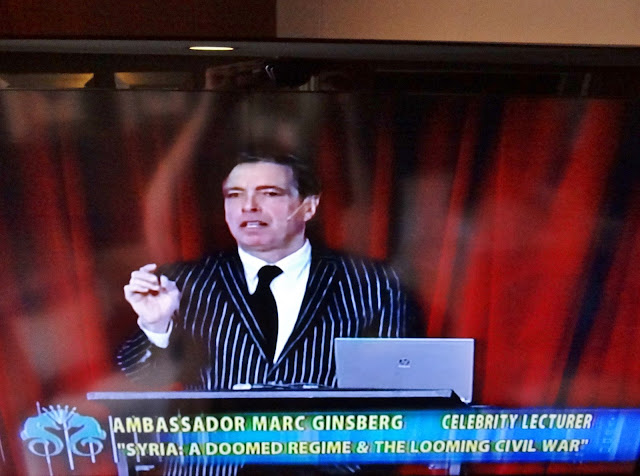 I watched the replay of this morning’s talk by Ambassador Marc Ginsberg, entitled “Syria: A doomed regime & a looming civil war” while I ate dinner. I started with Caesar salad; followed by spaghetti bolognese.  I had ordered some fruit & cheese for dessert. 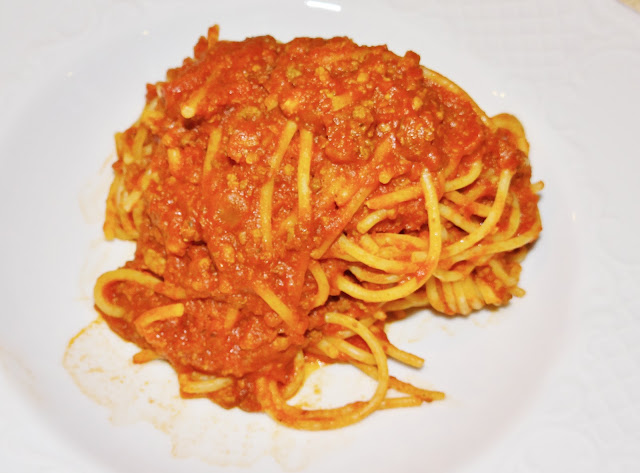 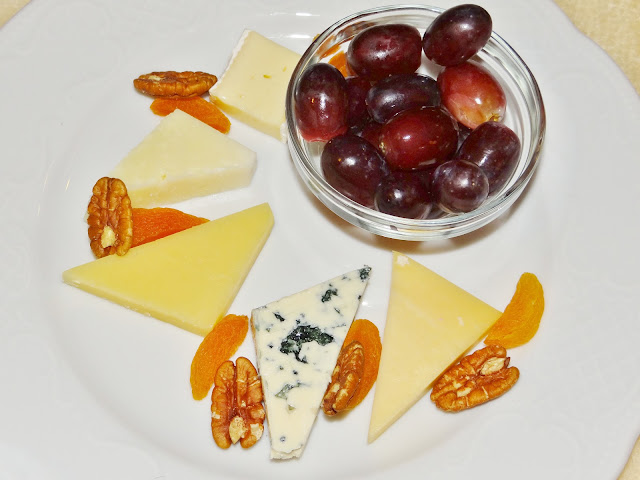 The head pounding, I barely ate half my dinner.  It’s been such a dreary, foggy day.  With all the packing mess laying around, the sad goodbyes.....it’s been kind of a ‘downer’.  The ship has started rocking again.  I took more Benadryl & some Advil PM.  I was down & out by 10:30.

Becky,
If you remember you found out the next day that is was not me who asked Leo to call you, hence I was surprised by your response! But after I yelled at you I did forgive you and love you anyway!