No matter how comfy the bed, the last 'sleep' before disembarkation (at least for me) is never a truly restful one.  Your mind races with silly things....did I get everything out of the drawers/cabinets, did I accidentally pack my return transfer voucher, will I oversleep???  I was awake before the alarm went off @ 7:30.  While I was in the shower, Lou texted that she was in the lounge having coffee.  She has a kinda early flight back to Dallas; & her group will be one of the first to leave the ship. 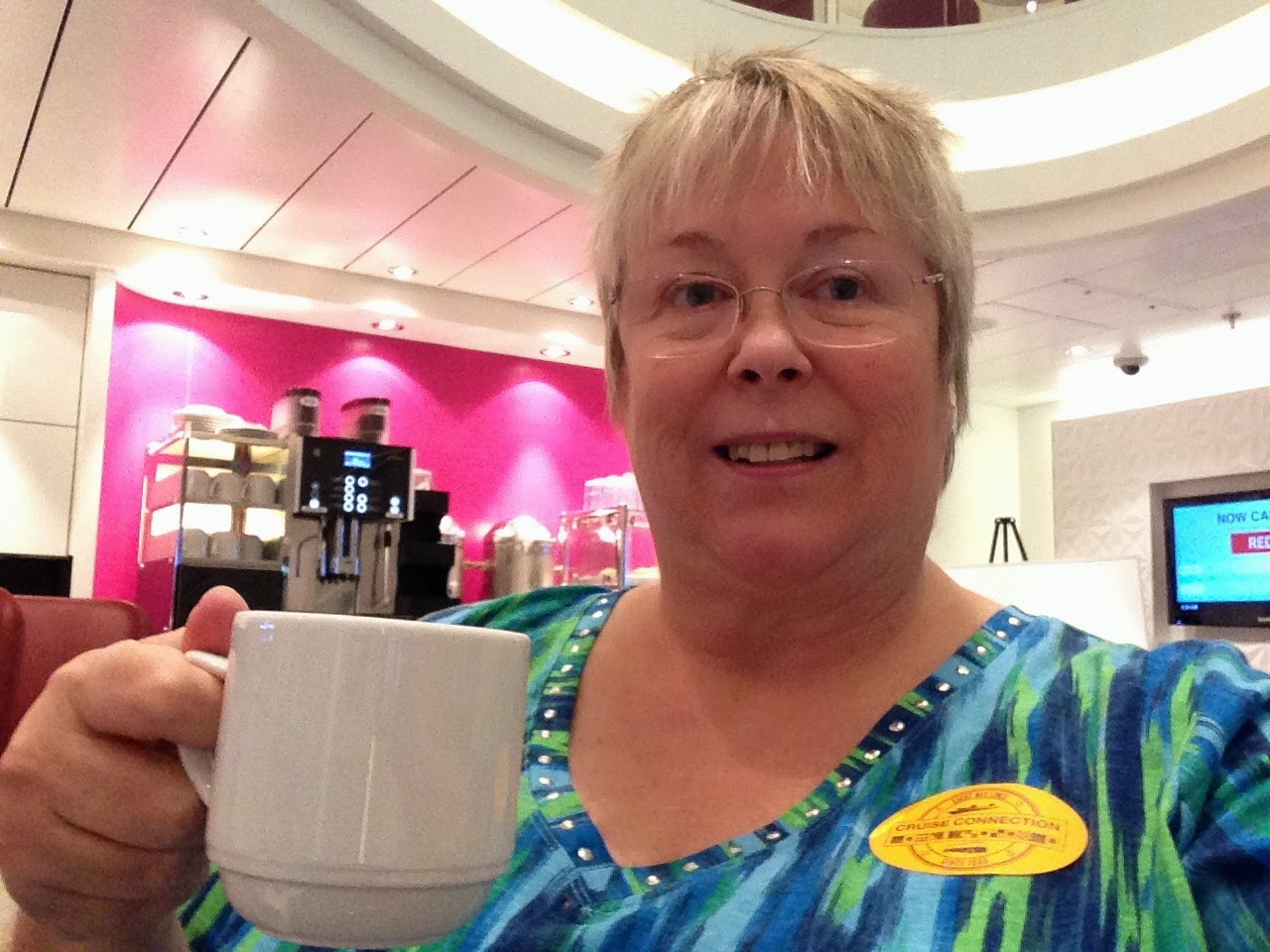 I chose not to hurry; we had (or rather I had) my tearful goodbye last night.  It was deserted when I got to the lounge for my last free capp.  First thing I noticed was the label that had been placed on the capp. machine marking the mysterious button that (we finally learned) would dispense hot water for a cup of tea.  Mr. Sean (Hotel Dir.) was true to his word again.  Sitting there, I realized I would probably miss this place after all. 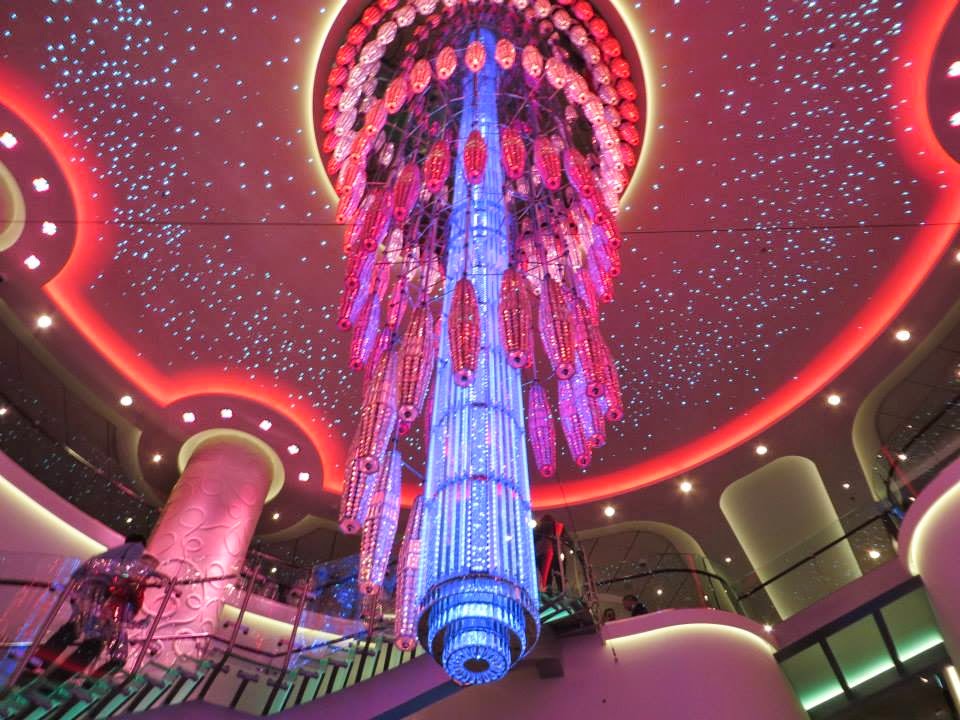 After several groups had been called to disembark, I moved up to O'Sheehan's until the last group (local transport) was called.  Everyone seemed to be crowding around the forward atrium exit, even though there was another gangway toward the aft.  It wouldn't have made any difference, the baggage claim area was smack dab in between the two.  It's easy to spot your luggage when there's so few pieces left.  The Cruise Connection agent was just outside the door; & steered us toward the end of the sidewalk to await the arrival of the bus.  Thank God the temps were in the 60's.  Cruise Connection buses cannot pull up until all the other airport buses have completed their pickups.  I believe we waited another 45 mins; finally pulling away about 11 am. 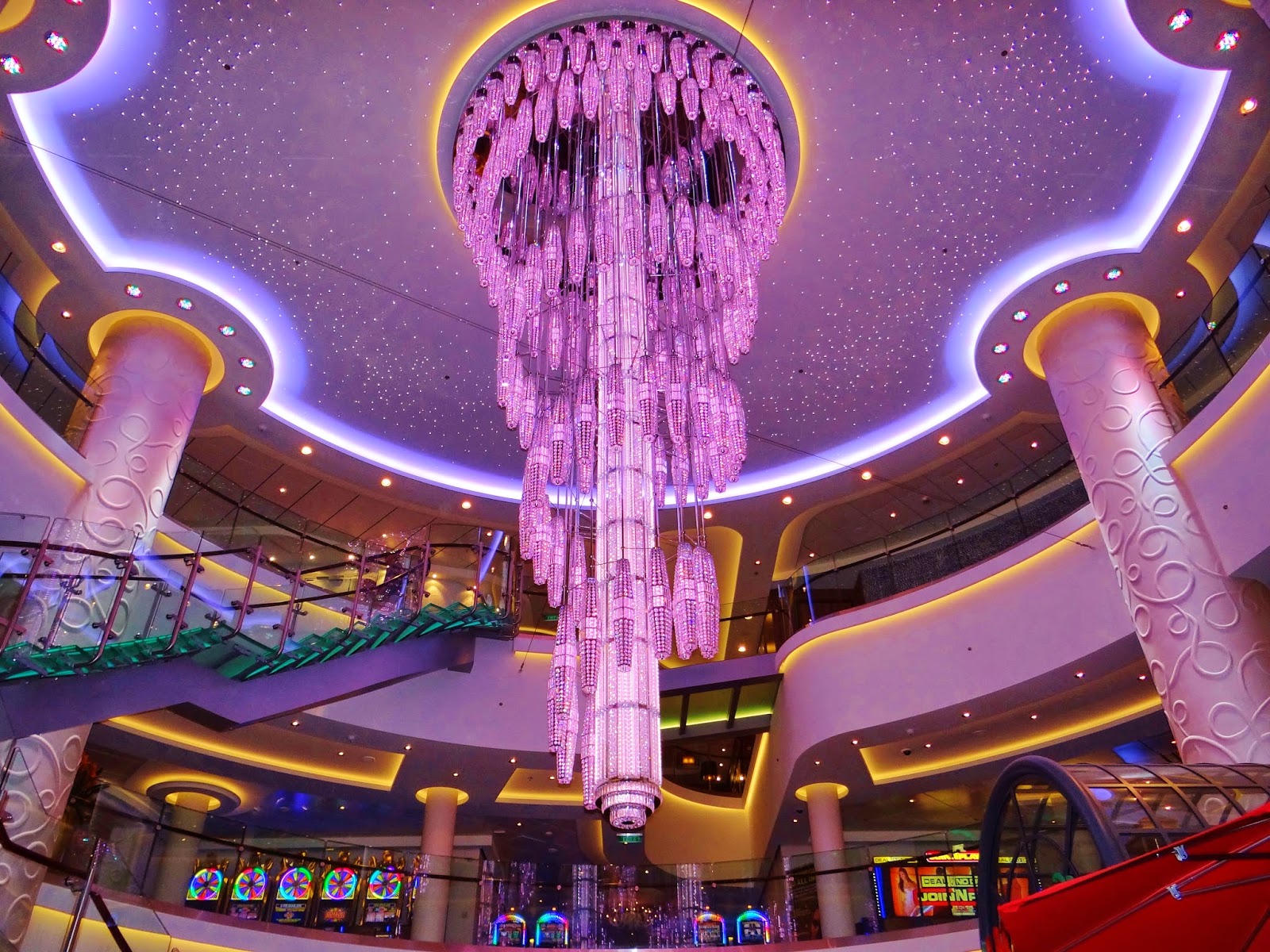 Today's driver was also very personable & entertaining.  There were only 15 of us; & most seemed to ignore the movie that was playing on the overhead TV screens ("Out to Sea", chosen just for us, by the driver).  There was no way I could block that out; & read.  So I watched the movie again, much to my chagrin.  I called my friend, Marshall, about 15 miles out to let him know we would soon be approaching the drop off point (back at Burger King on Pine Ridge Rd.)  I was back at home by 1:30. 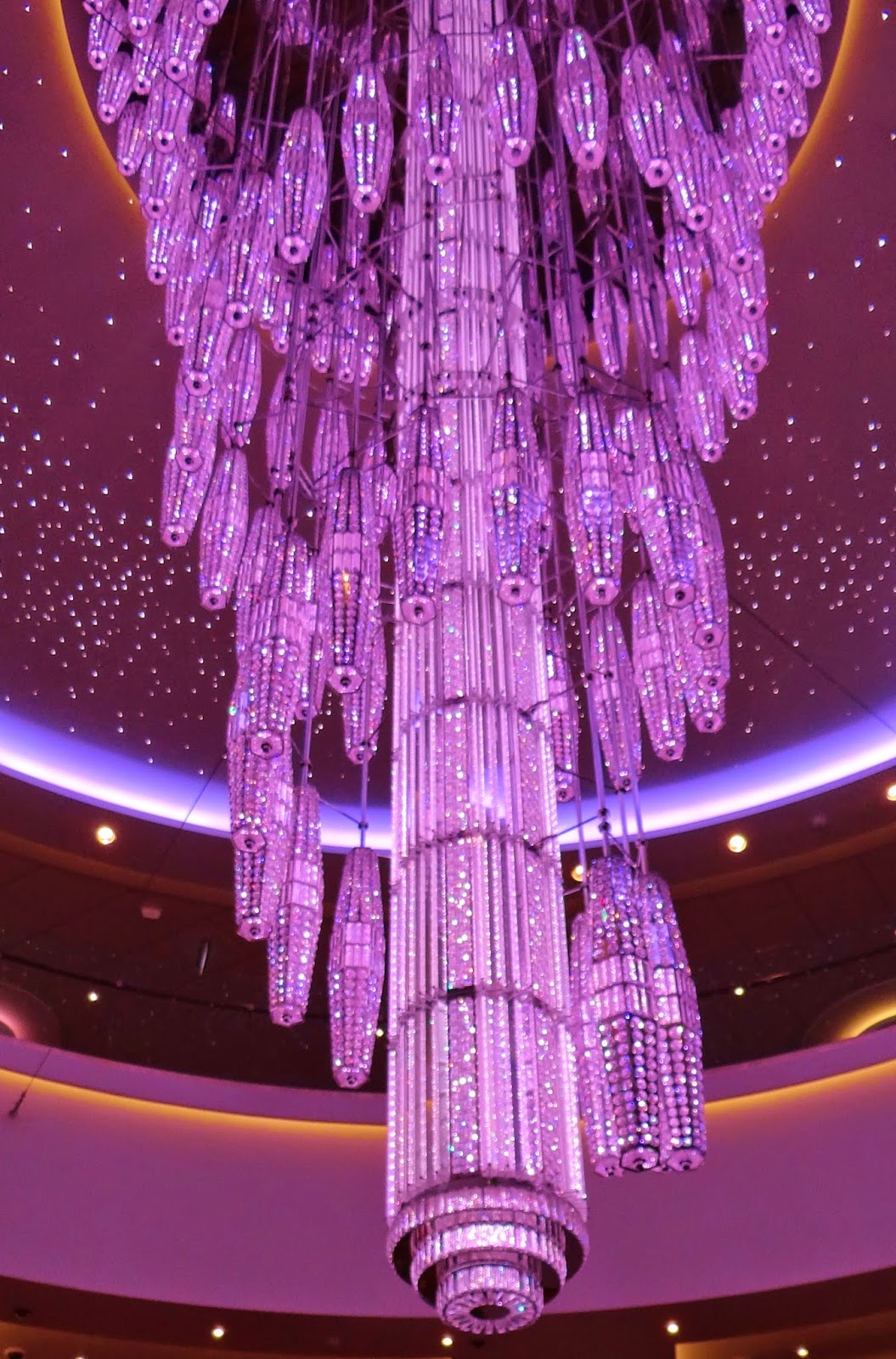 While waiting for Marshall to pick me up, I checked my voice mail; & sure enough, reality awaits me.  Two calls, from mid week, about condo "issues".  If I'm REALLY lucky, I can cap off this mini-vacay with 2 more days of solitude.  My plan is to TRY to ignore these issues until Monday.  The annual homeowner's meeting is 4 days away.  If all goes as planned, I will pass the condo board presidency off to someone else; & also resign from the pool assoc. board.  It's time for a change; & this is the first step.....................

My first 2 cruises (ever) were with Norwegian Cruise Line back in the late 60's.  NCL has (IMO) always been a very good cruise line.  Entertainment has always been their strong suit; & even though I didn't partake of it, I bet they're still on top of their game.  I always felt their food was good & sometimes VERY good.  Except for a few poor choices from the buffet on my part, they're still doing a very good job in food service.  I have no way of gauging the quality of dining service, except for our one night in Moderno Churrascaria (which was outstanding).  The choices available to entertain oneself, are mind boggling.  It would take more than 7 days to actually explore all these options.  Being a brand new ship, she is immaculate; & the decor is like 'eye candy' (but not overdone in my own wacky opinion).  If bright primary colors, "pop art" inspired hull artwork & ever changing colors of accent lighting are not your thing........then you'd be better served to take your business elsewhere.

My heart belongs to Crystal Cruises; & probably always will.  They offer EVERYTHING I want from a cruise vacation, without my having to pay for things that are of no interest to me.  Deluxe verandah staterooms are fantastic; & I certainly would never turn one down (if you gave it to me).  But there are some of us out there who can be quite happy with a nice inside "cabin", as long as the food/service is top notch & you don't "nickel & dime" us to death!  At the risk of making a fool of myself, I even mentioned "inside staterooms" to a Crystal District Sales Mgr. (friend) a few years ago.  As in....wouldn't it be nice if each ship had a handful of inside cabins available at the 125% sgl surcharge; thus leaving the rest available for dbl. occupancy"?  The answer......"that will never happen".  This response could be interpreted several different ways.

If I want to continue to cruise fairly often, my travel budget will no longer support sailing with Crystal exclusively.  I will have no choice but to fill in the gaps with "mainstream/mass market" lines.  IMO, NCL's studio cabins hit the mark with (for the most part) an acceptable cabin layout at a very fair price point.  Coupled with the private studio lounge area, complimentary specialty coffees & a nightly cocktail party; their Epic-class of ships are on trend.  Itinerary choices are quite limited; but that's almost insignificant to me when I just need to get away from it all.  I hope to test these waters again sometime.  God willing & the market doesn't crash!

Some other photos from onboard the Norwegian Getaway: 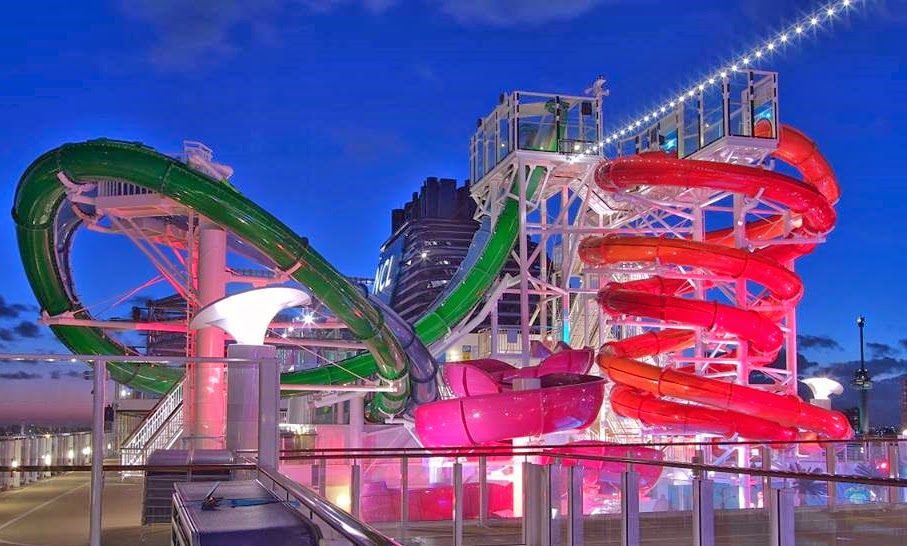 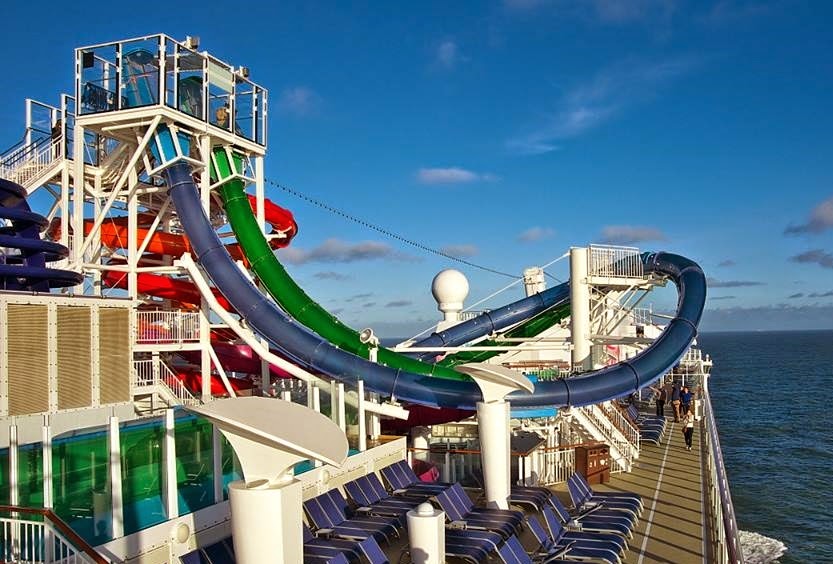 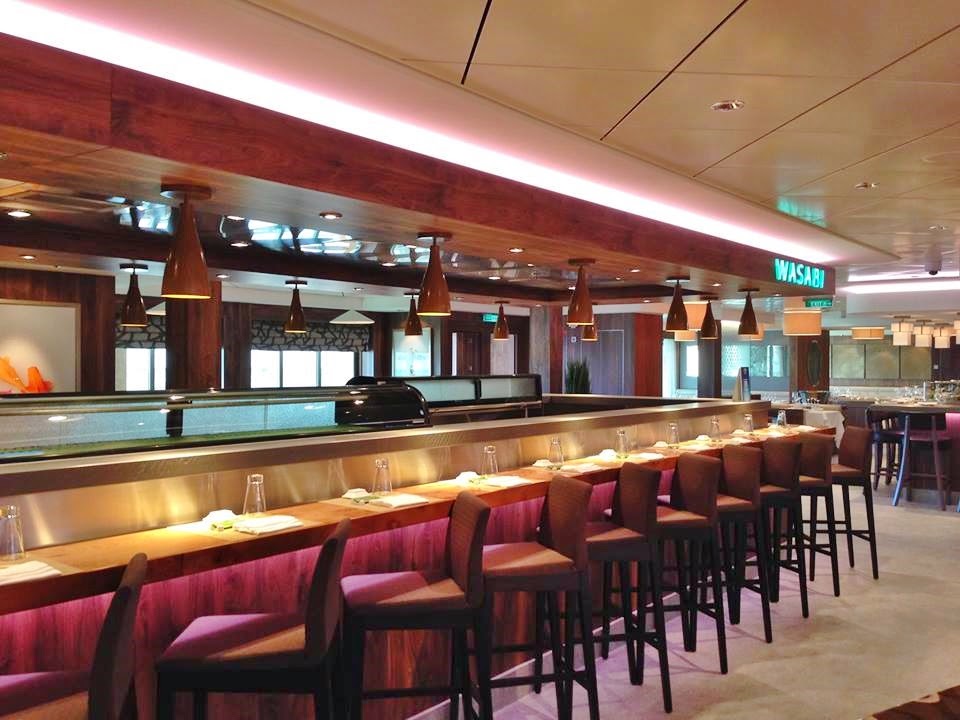 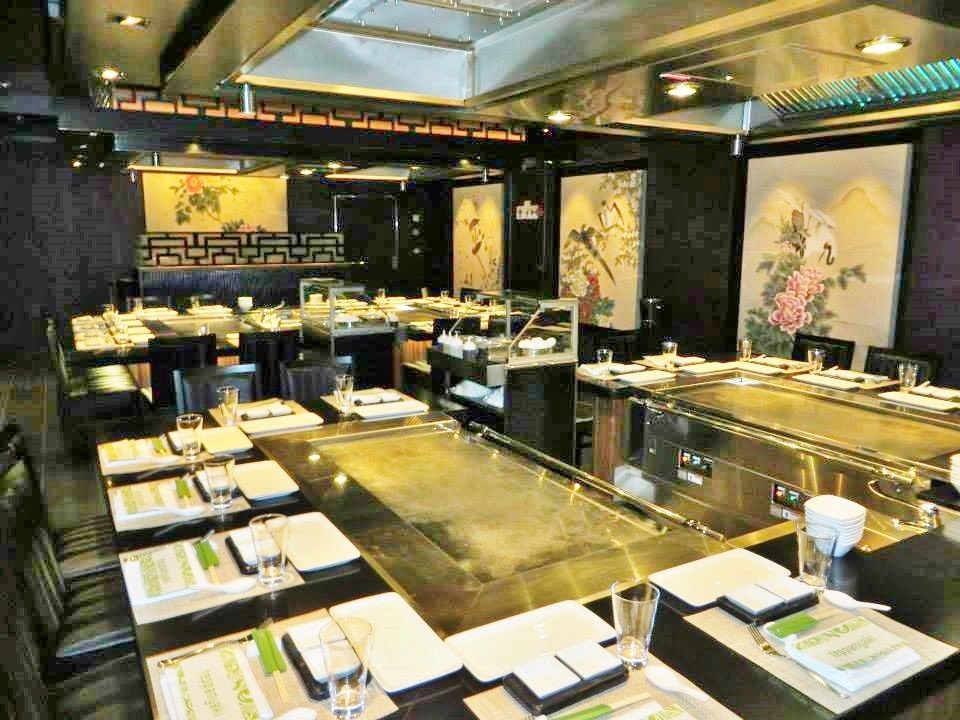 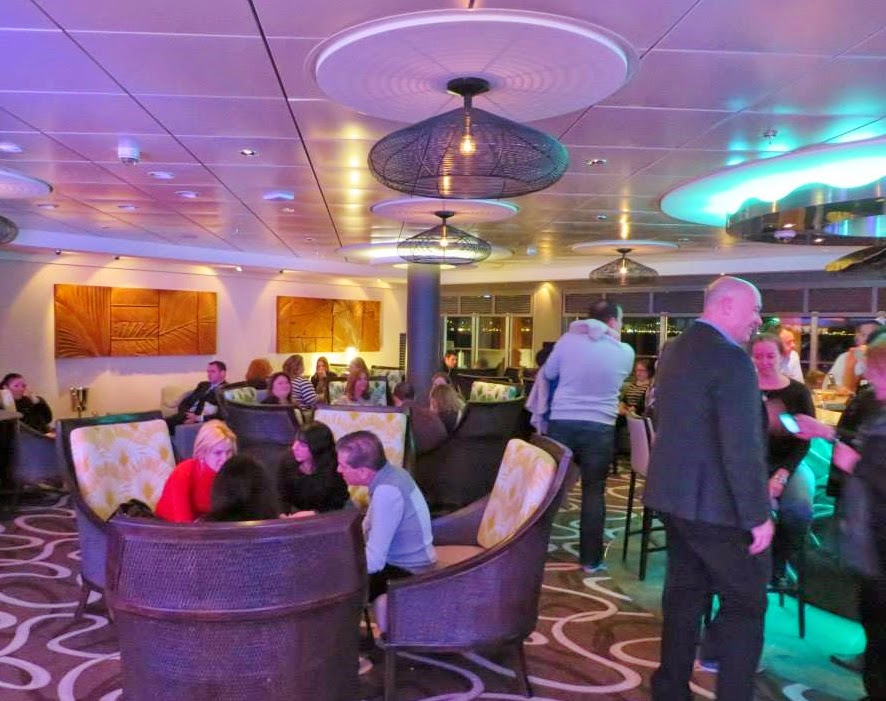 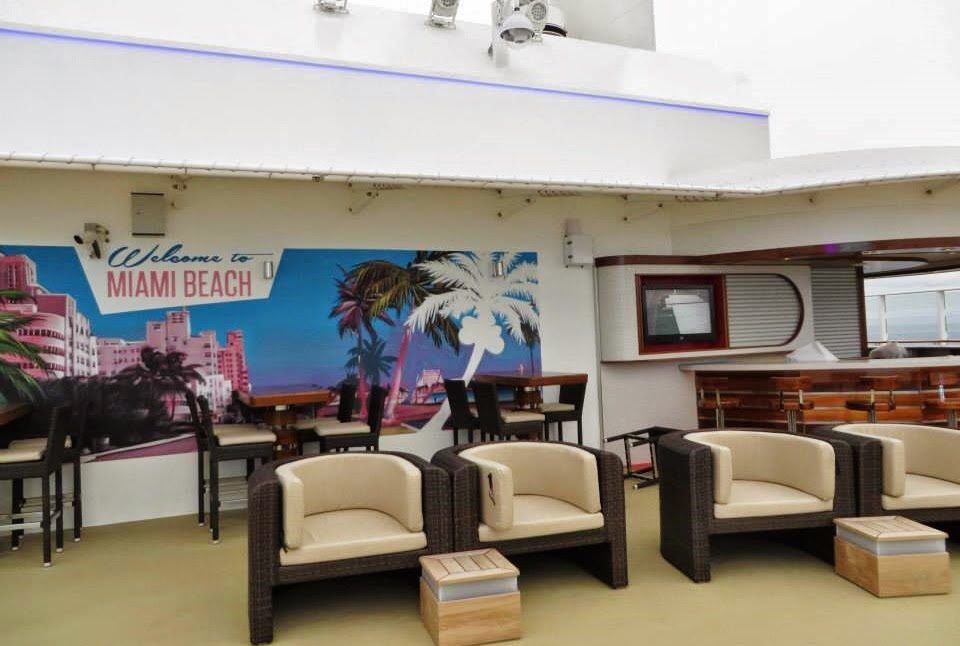 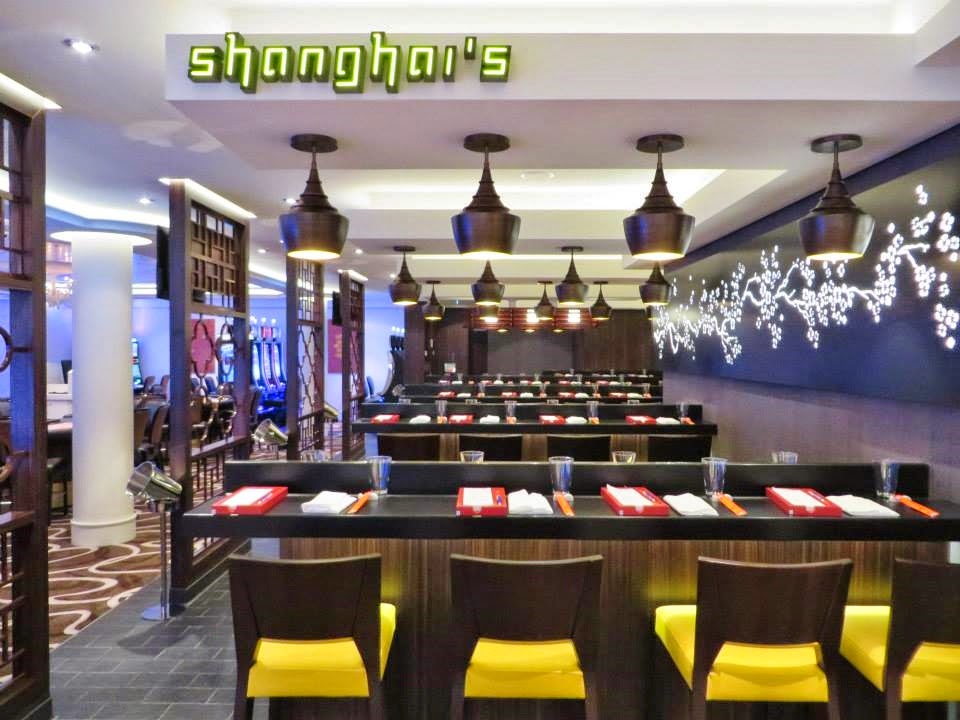 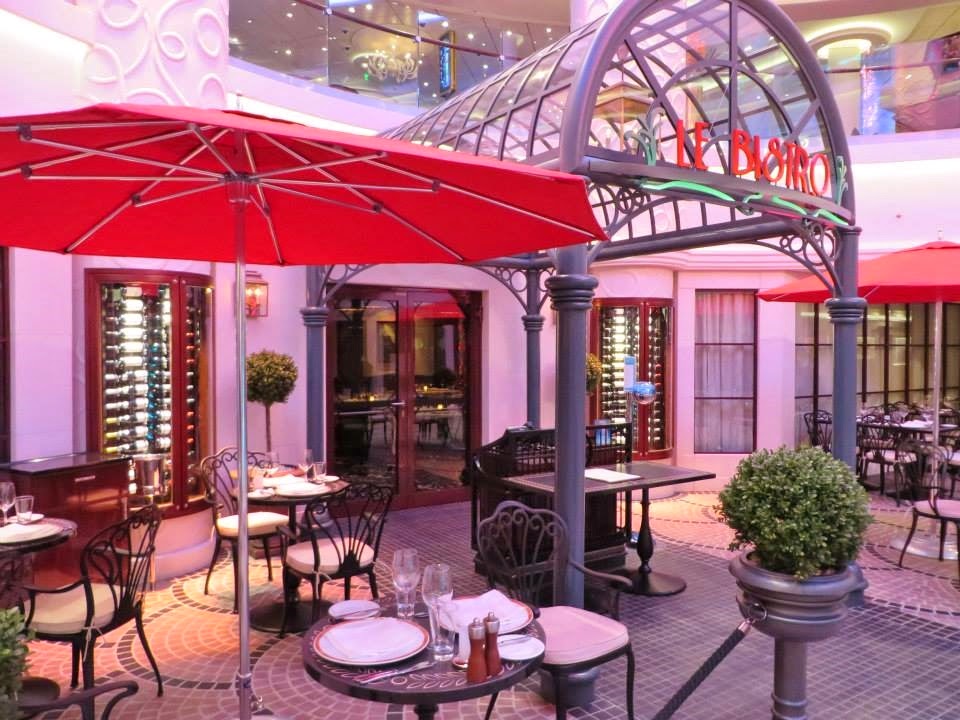 Entrance to the Illusionarium 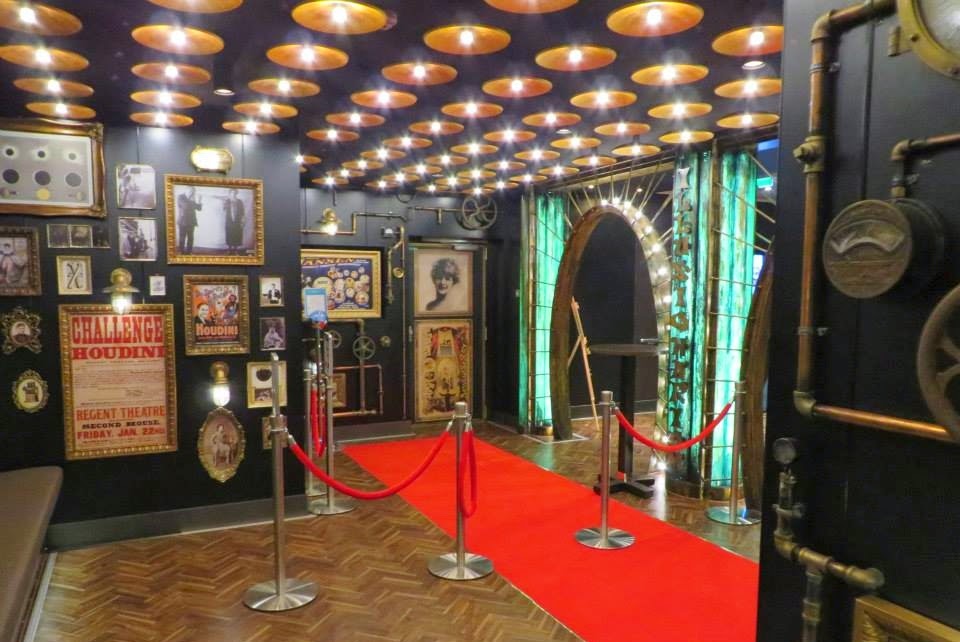 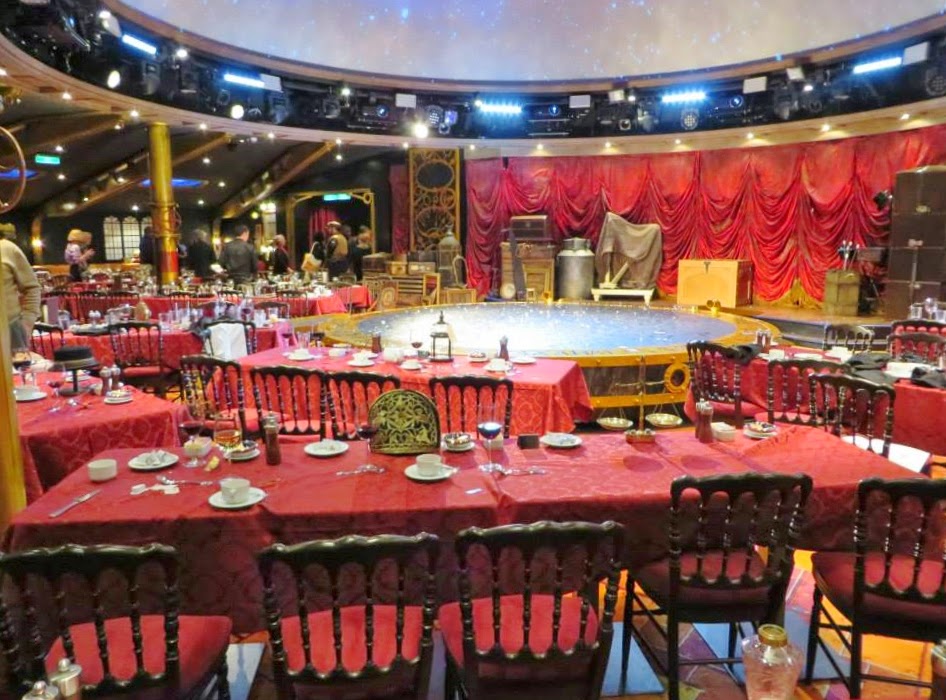 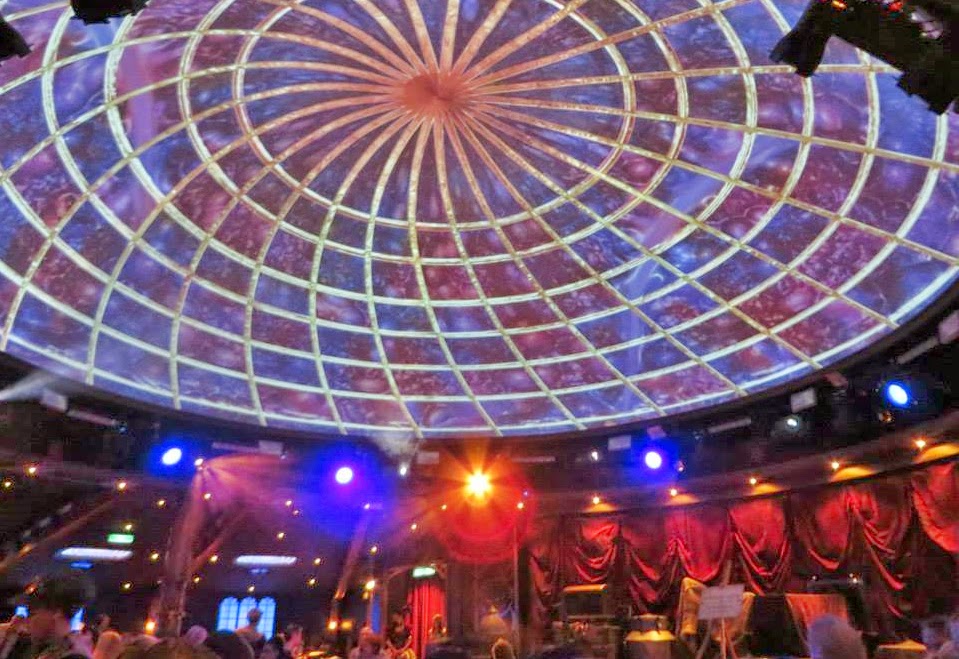 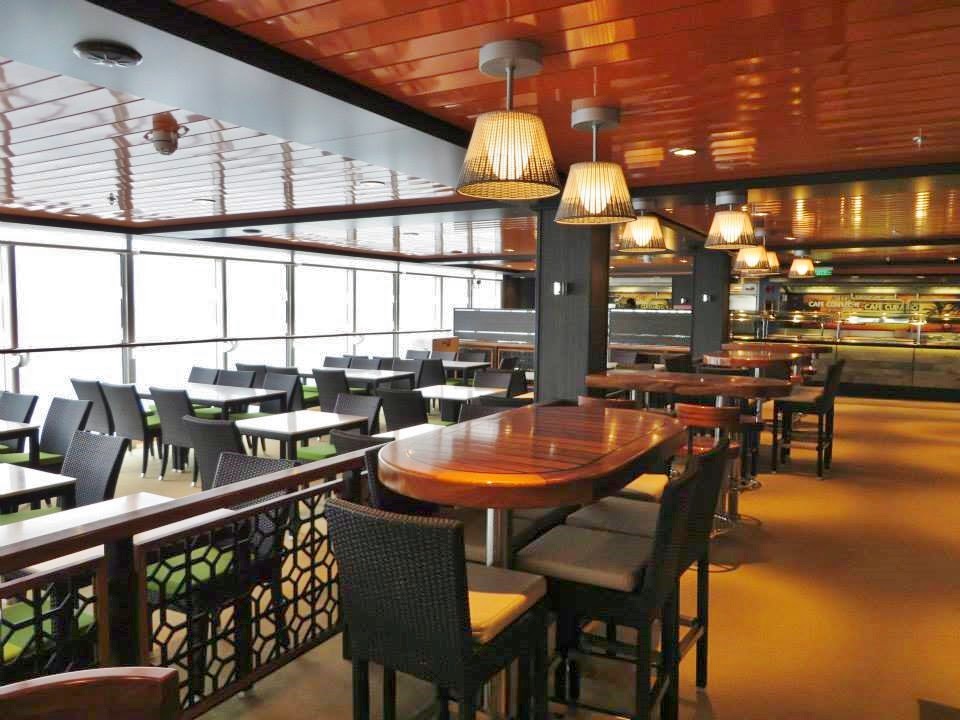 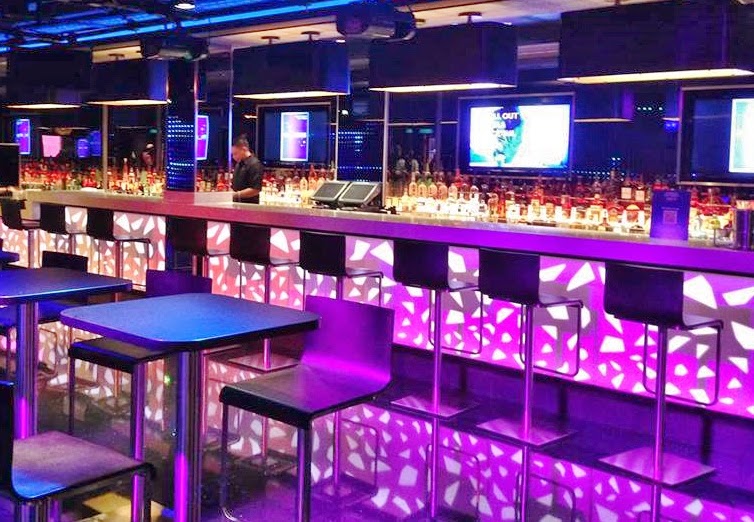