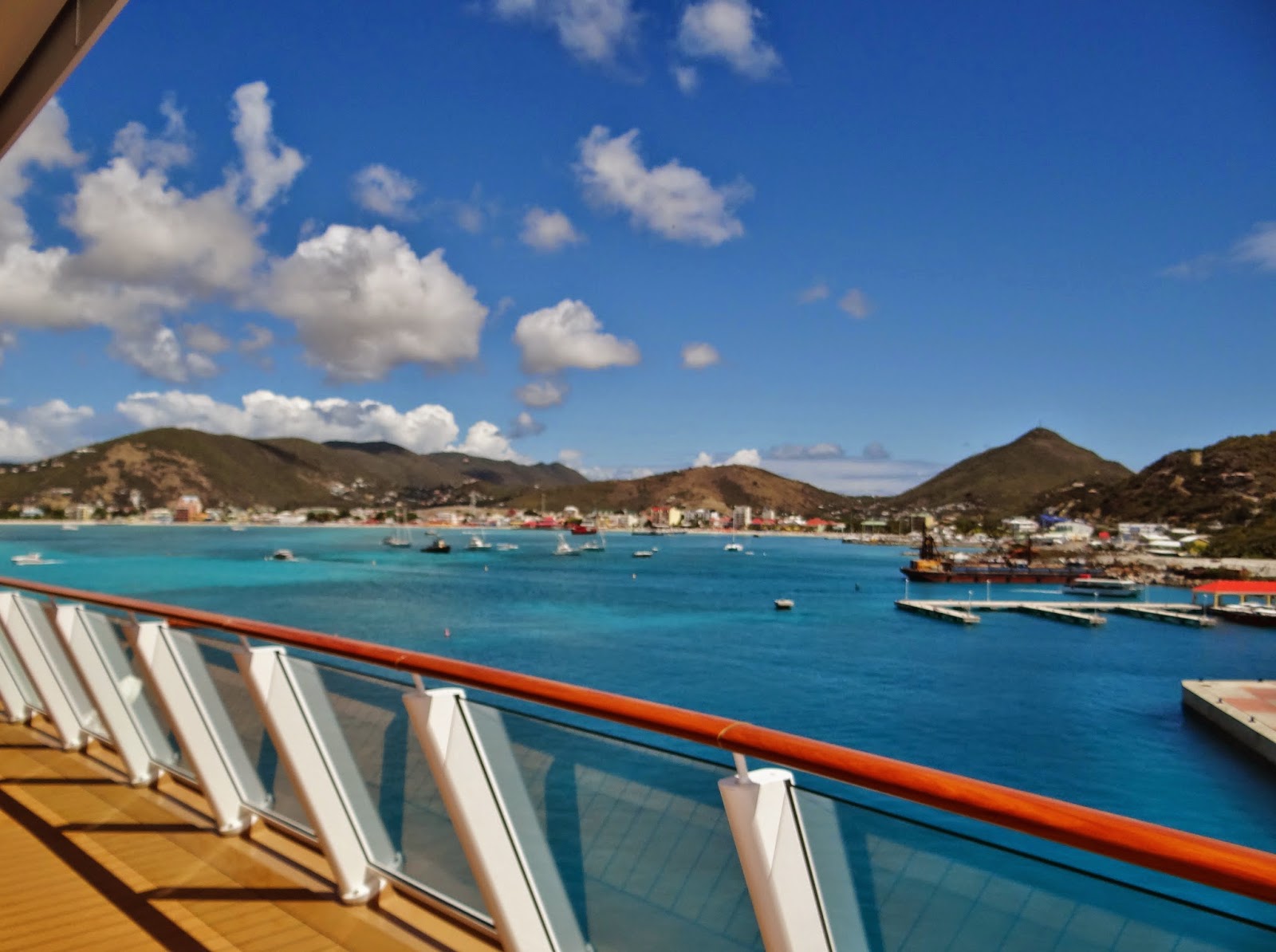 Although it was short, it was sweet.  I got rather involved in my book last night; & had a hard time putting it down.  I was already awake when the Capt. came on at 7:40 to announce that we had arrived in St. Maarten.  A few mins. later the C.D. announced that the ship had been cleared (very business like).  Not a bad start to this day.  After getting a capp. in the Lounge, I went up to O'Sheehan's for breakfast.  A very GOOD breakfast of homemade corned beef hash, eggs, potato pancakes. 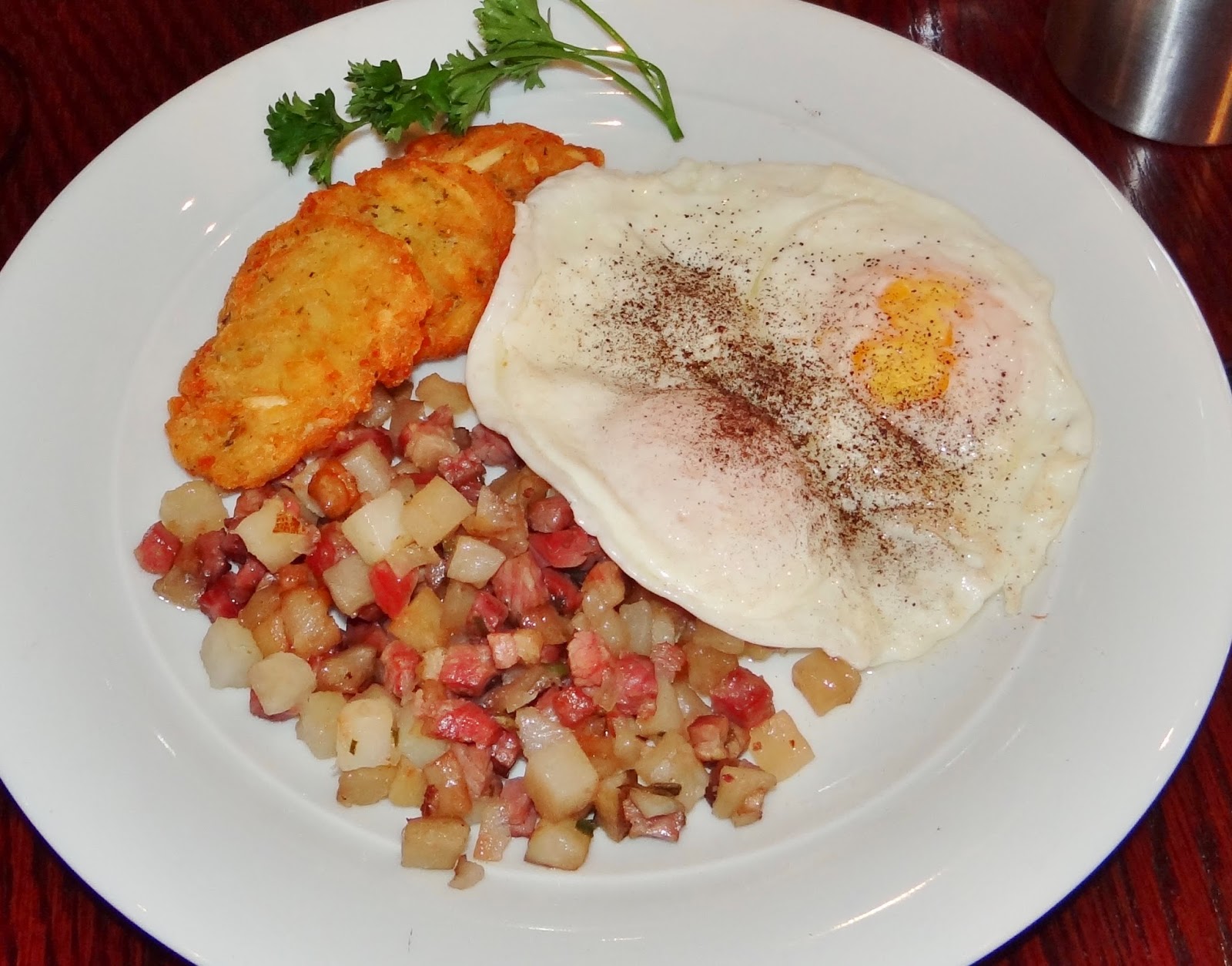 I was curious about the passenger load, so I asked at the front desk.  I was told that for security reasons they couldn't give out that info.  What????  They wouldn't even tell me what the percentage was of "little people".  (The "cons" list is growing rapidly.)  For every 1 genuinely helpful crew/staff member, there are 2 that are on a power trip or wish they were some place else. 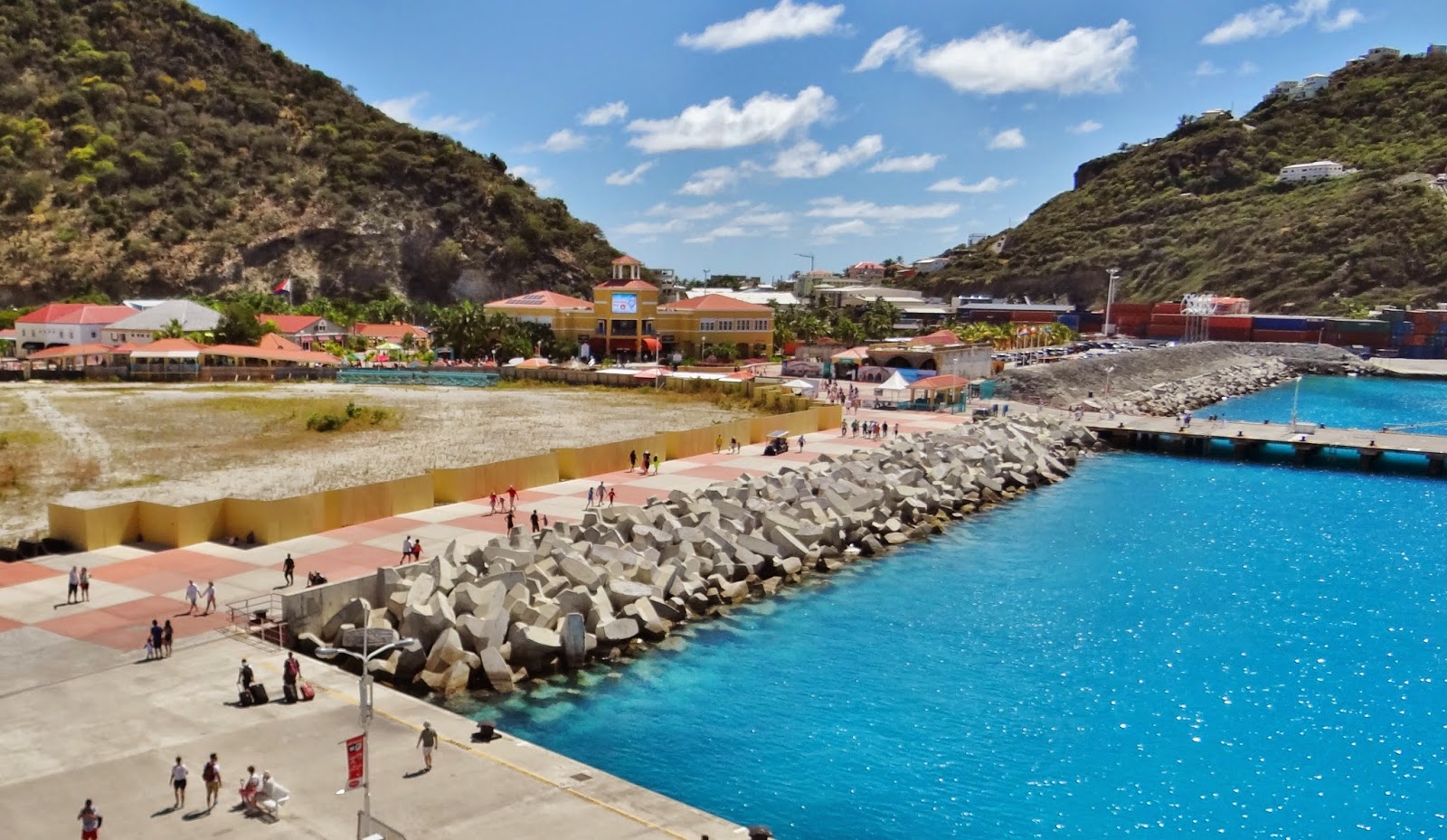 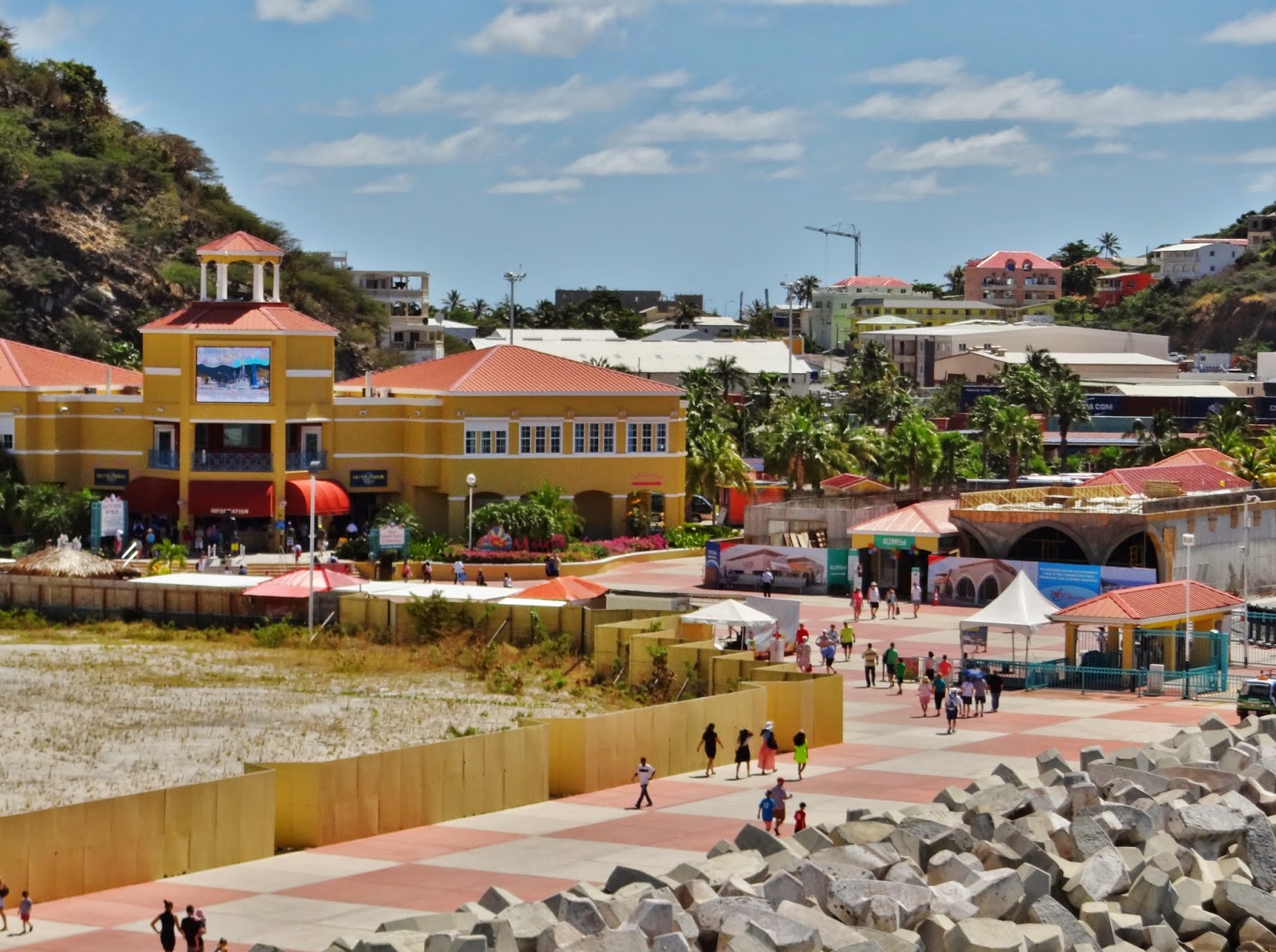 Thought I'd try my luck out on deck to see if there was any free wifi to be had.  The Disney Fantasy & Costa Mediterranea are right next door; & I could barely pick up the Costa (unsecured) signal.  We're bunkering fuel on the shady side of the ship, so I didn't last out in the sun very long.  It's quite hot out there.  I ended up going down to the internet cafe to use the ship's comp. to check my email & FB, since it would obviously be faster than wifi (only marginally).  I've given up on posting to the blog or uploading photos........it's futile! 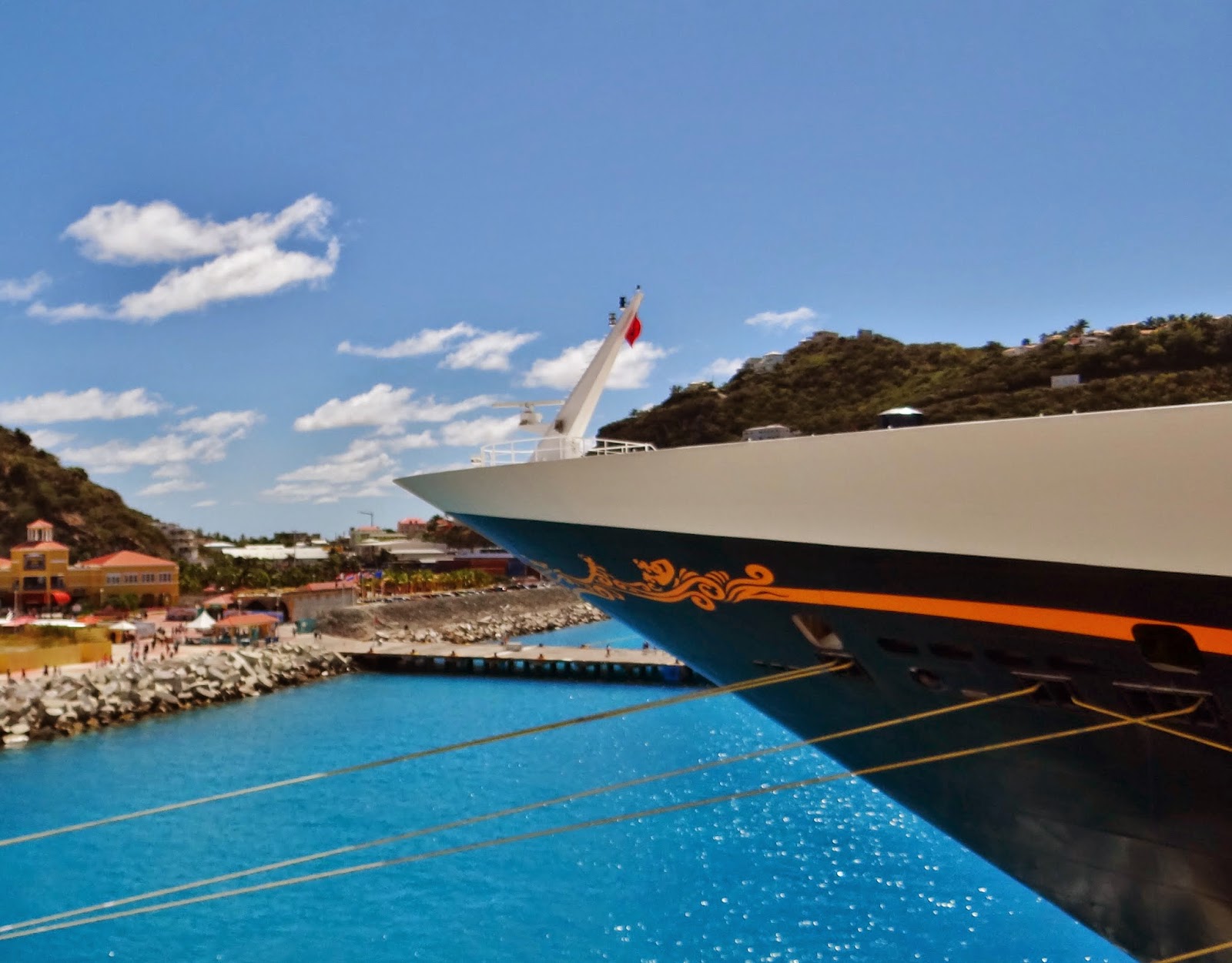 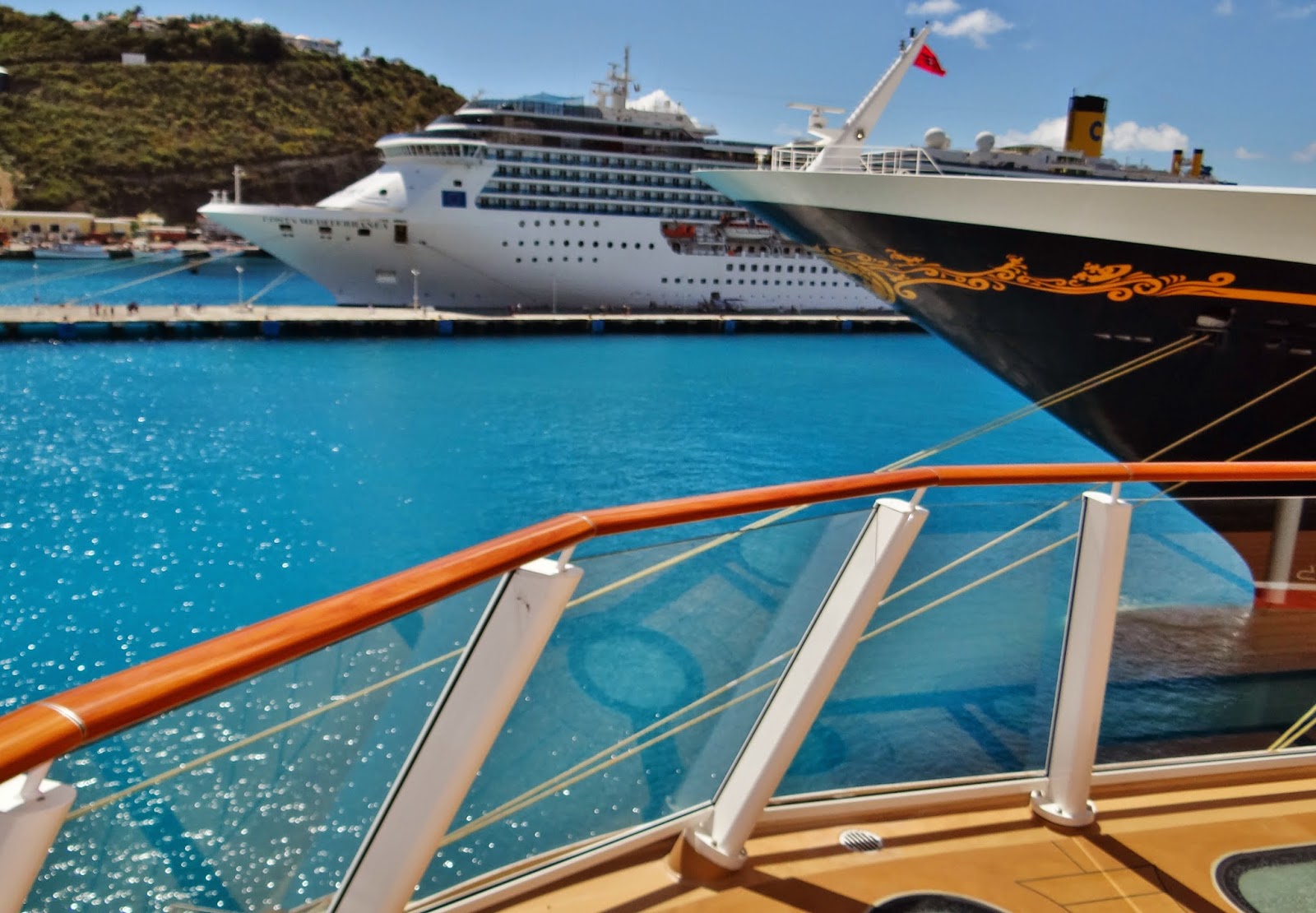 I'm a sea day person; but on this trip, I'm trying to see the beauty of port days.  I envisioned  a quiet ship after others went ashore.  The decibel level did drop drastically, but not enough.  I thought I'd try the library again; & that's where I found Lou hiding out.  That lasted all of 10 mins.......then a movie started in the atrium.  I can't find the logic in placing the library right next to a wall with a 20+' movie screen on it.  We thought about trying the main showroom; but it's locked when not in use. 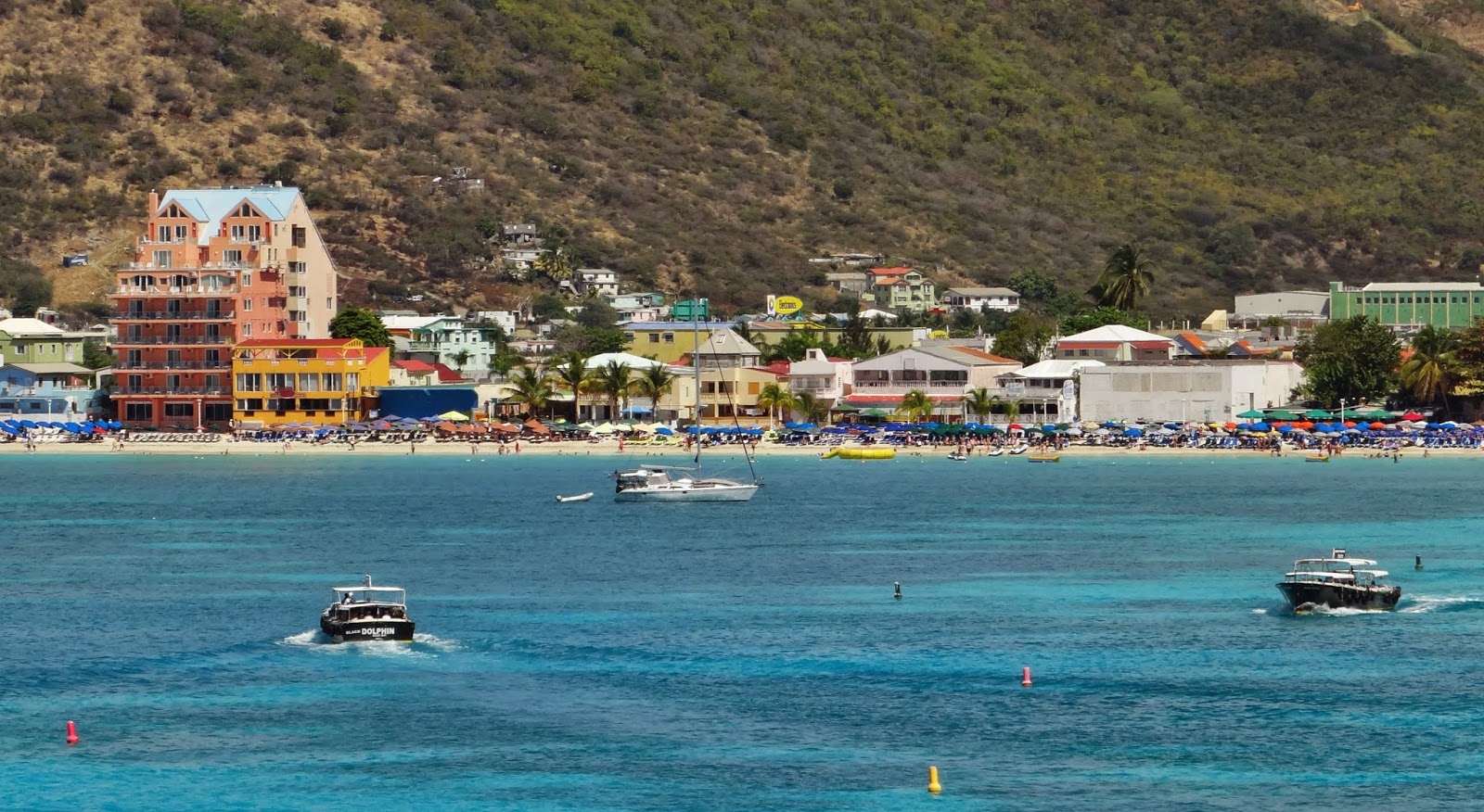 Rather than walk to Timbuktu (the buffet), we decided to eat lunch in O'Sheehan's.  She had fish & chips with slaw & mashed peas.  I thought corned beef & cabbage soup; sounded good, not so much.  Tried the spinach/artichoke dip, bland.  Everybody seemed to be eating the chicken pot pie, which I'll definitely try another day.  Lou went her way; & I went mine.  Back to the library where I became engaged in a candid conversation with 2 strangers.  It was more of a "bitch session", where we aired our disappointments of this cruising experience.  Feeling vindicated after an hour, I moved to the cabin.  Had a nice nap. 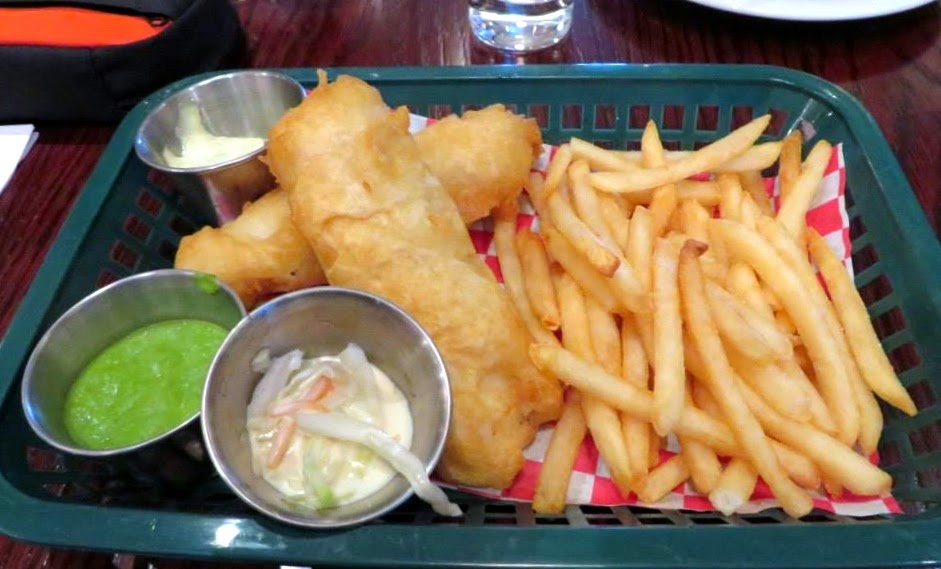 We sailed at 6 pm; I redressed & hunted down Lou.  She had awakened from her nap earlier; had gone to Sugarcane's for some mojito tasting of her own.  We decided to hit the Garden Cafe a little earlier than usual.  With so many different themed serving stations, it's almost impossible not to take a little spoonful of everything.  Tonight's big winners were potatoes au gratin, beef florentine, sweet potato fries & mushroom polenta.  The fish fingers were a tiny bit dry again; & the lamb stew was overly salted.  The noise level wasn't too bad tonight.  Maybe because we were there a little earlier or everybody was zonked from a day ashore. 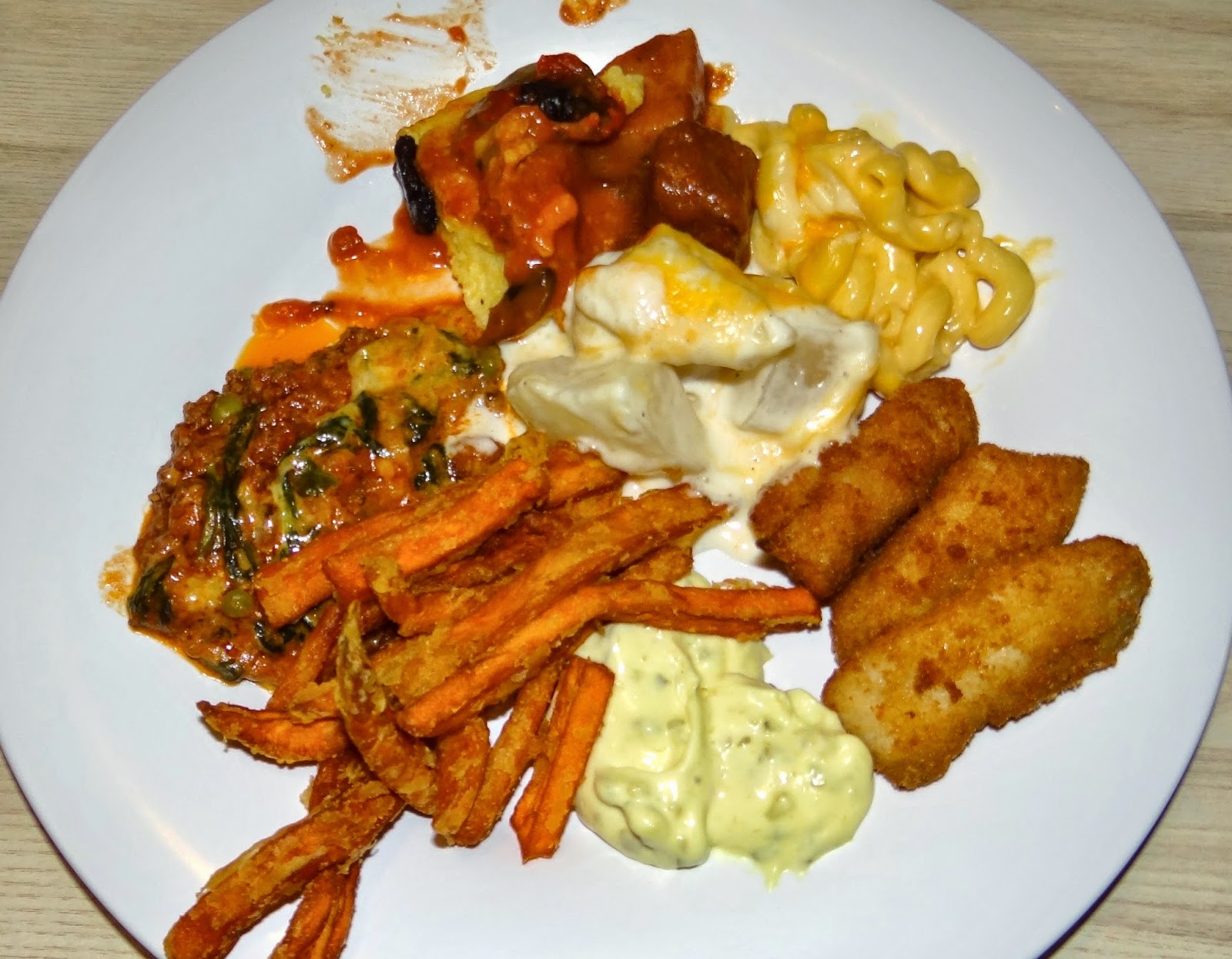 Tonight was the 80's deck party with fireworks at Spice H2o on the aft deck.  Lou wasn't up for it; but I went out there 45 mins. early to get a good seat.  Temps were in the upper 60's.  It was perfect. 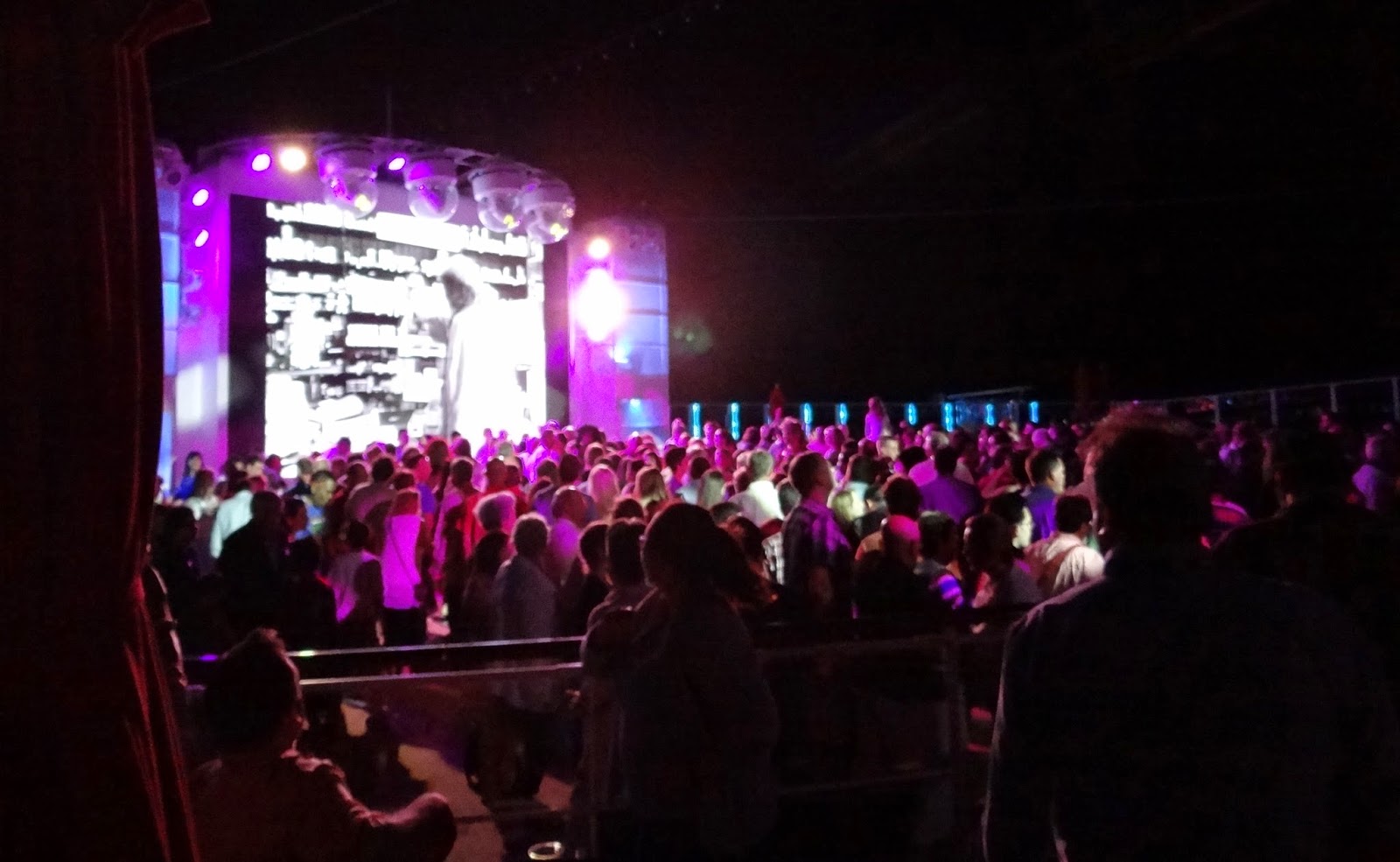 Surprisingly,  I wasn't the oldest person out there.  I saw people who looked like they came straight out of Duck Dynasty & lots of PYT's in platform heels so high it made your nose bleed!  There's a huge video screen; & the veejay mixed the absolute best sounds/videos of the 80's.  I "chair danced" for 2 hrs. 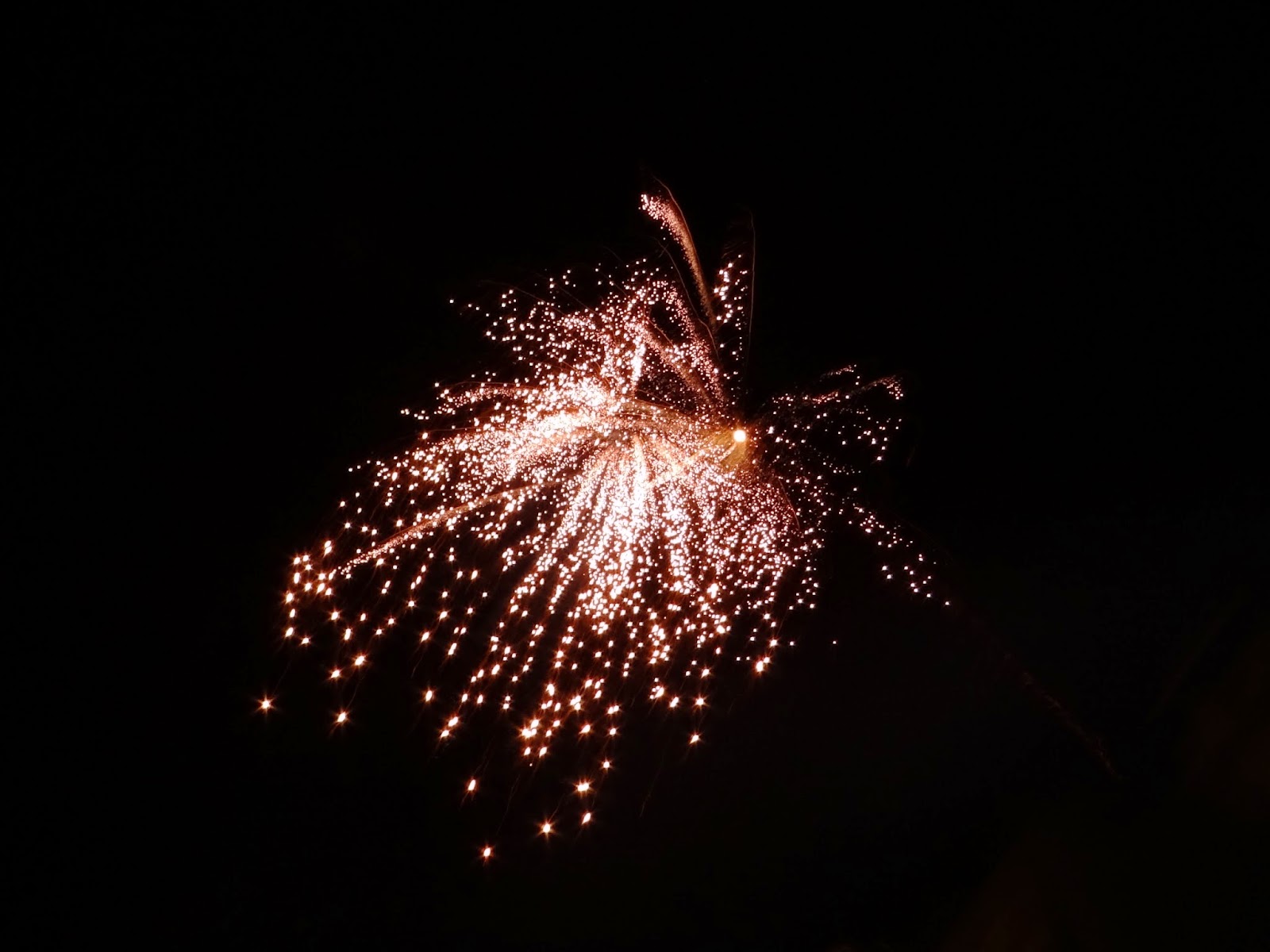 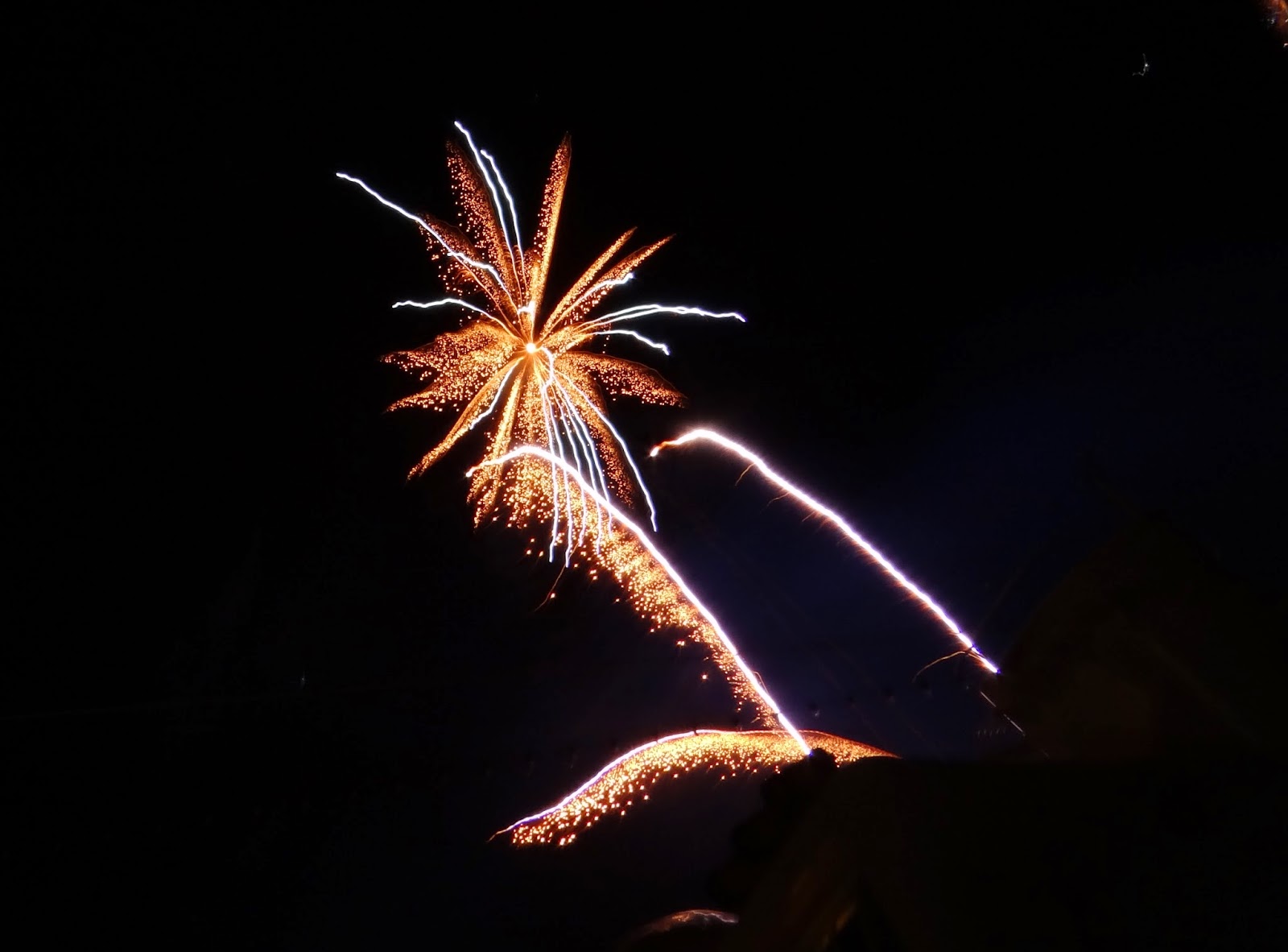 The 10 min. fireworks show was choreographed to music.  I actually LOVED IT!  It's 1:30 am; & I'm revved up. With such a short distance to travel, we are barely moving; & the seas are nearly flat.  Guess I'll try to relax & read a while.  Not like I have to go anywhere or even get up in the morning. 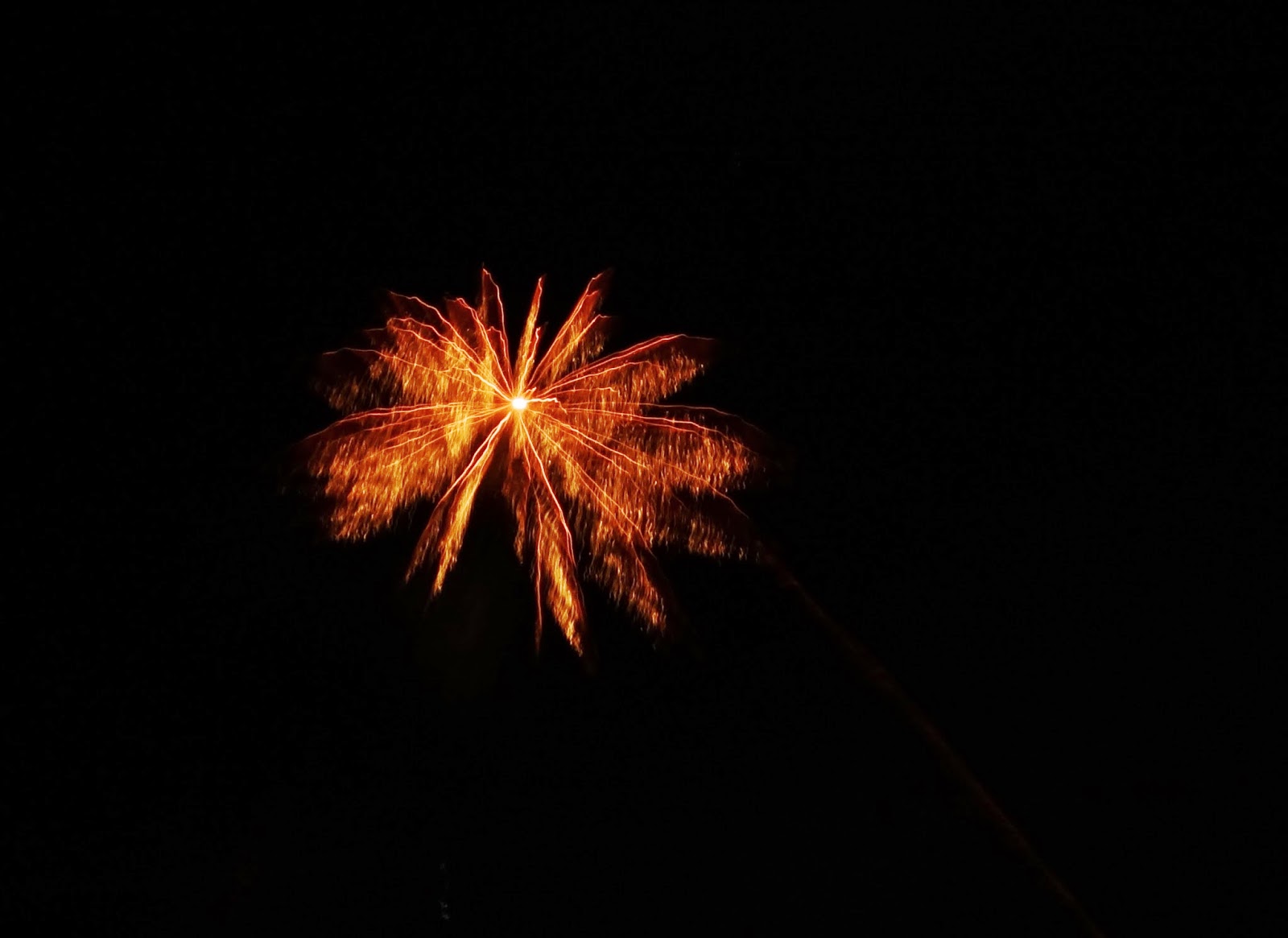 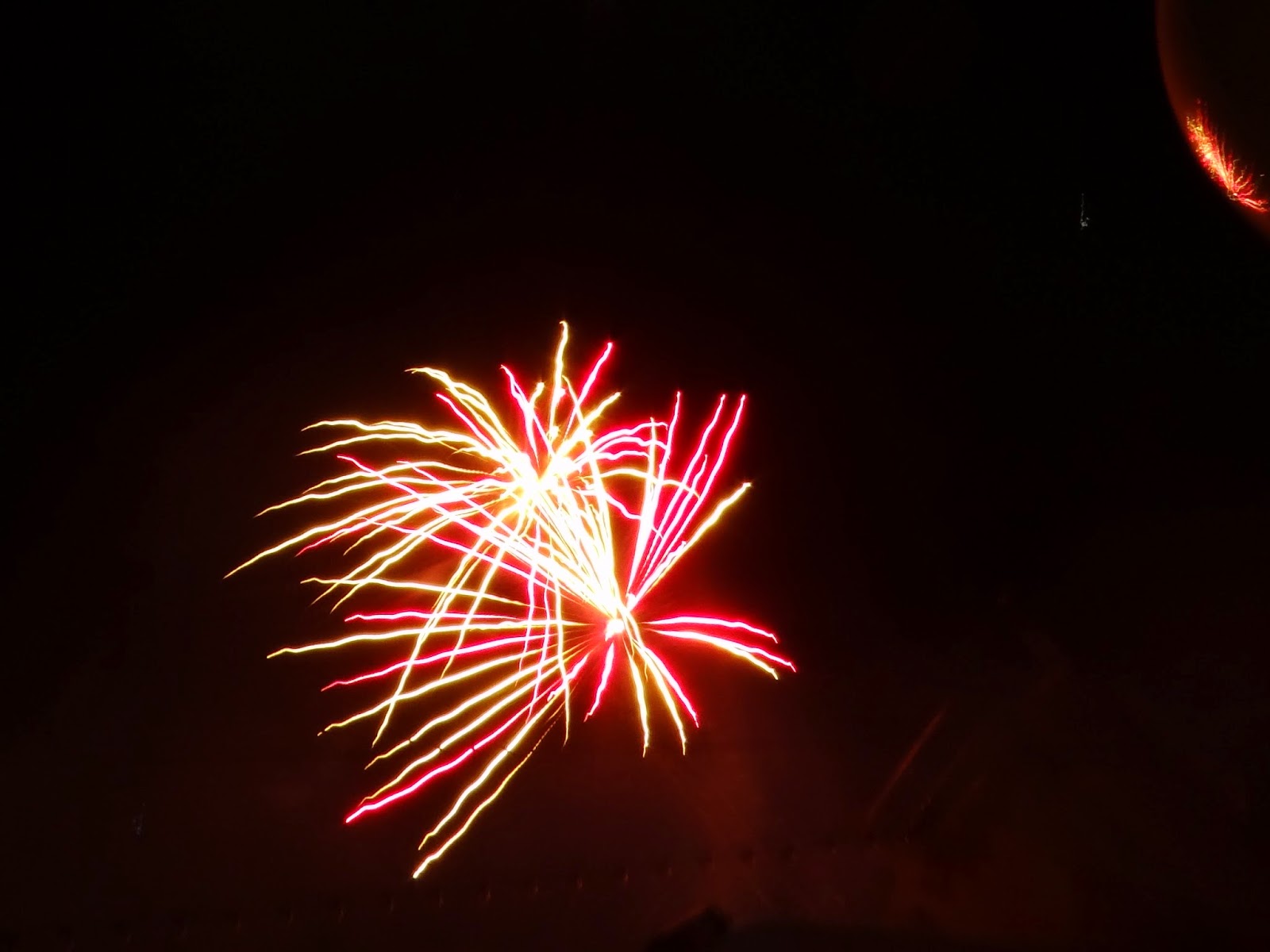 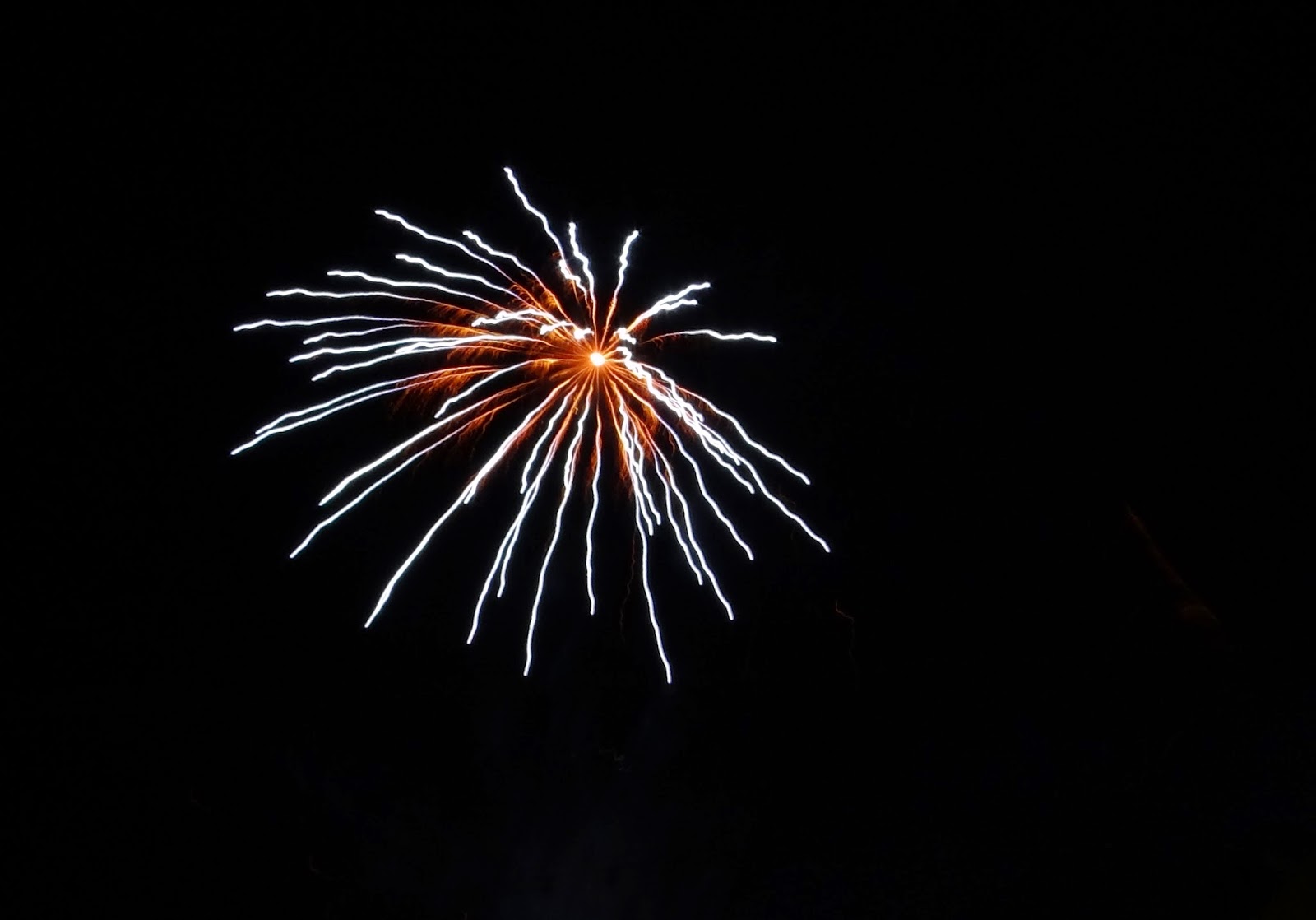