I had a hard time putting my book down (this morning). So, I was surprised when I awoke before the alarm went off (9:15). A look out the window shows a grey, dreary day. At least it’s not raining; & the seas are calm. The shoreline of Canada is visible in the not too far distance off either side of the ship. A small contingent of brave, hearty walkers is parading past the window in the 35 degree temps. It’s wonderful have a few sea days to recover from the hectic pace of touring the last several days.

I went down for my capp’o & headed to the Card Room at 10:15. I’m finally getting around to those bridge lessons I’ve been meaning to take. Bound for me to choose a cruise that has so few sea days in which to learn. There were 9 of us & the 2 instructors (Brenda Montaque & her helper, Maggie Sparrow). At my table were a mother & (9 yr old) daughter, Carolyn & Tegan from Sussex, England & George (who already knew too much about the game to be in this class, if you catch my drift). I was partnered with Tegan; & she’s a quick study. I learned a good bit; & am proud to say that I graduated “kindergarten” close to the top of my class! Can’t wait for lesson #2 tomorrow.

Afterwards I took a stroll to peek in the shops. There was a “champagne jewelry seminar” going on in “Facets”; & a “champagne art auction preview” starting down in the Crystal Cove. With the weather outside questionable & only about 650 Pax onboard, everyone appeared to be hovering somewhere around the Atrium area. It was busy & loud. 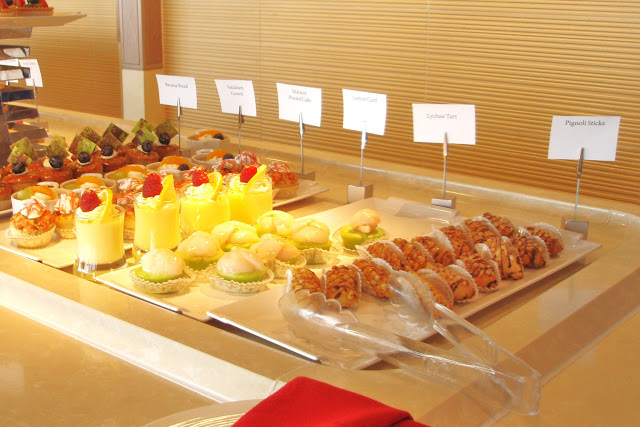 The Asian Buffet was held in the Lido Café starting at noon. I lost track of time until it was too late to be seated in the main D.R.; so I went up to the buffet. The array of choices was beautifully displayed. But the choices I made were good; but not great. The one exception is stir fried sweet garlic eggplant, which I adored. I found the fried pork “purse” dim sum very tasty; & the chicken & pork satay were both tender & flavorful. The orange chicken, sliced glazed pork belly, peanut dipping sauce, fried veggie dim sum were just so so. [And am I the only person on the planet that didn’t know that “pork belly” is (for the most part) pork fat?] But the sweet (almost BBQ’d) flavor was very good. I did carry the baby camera up with me. But by the time I went through the line, everything was pretty much destroyed. Except for the desserts & some of the starters. 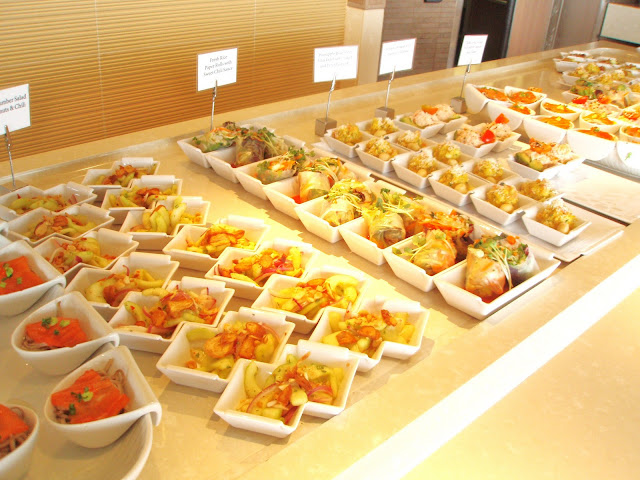 At first I thought I’d get the computer & go park myself somewhere; but on 2nd though, decided a little siesta would be beneficial. It is after all our first formal night; & the Chief will be dining at our table. I’ll need to be on my best behavior & make the extra effort to look…..well, better than I have so far. But the backlog of photos from yesterday were calling me; & I went back to the photo editing.

I did finally get my nap though. When I did start getting ready, it was almost comical. There was the struggle to get into the “Spanx”. For those of you who have no idea what that is…..it’s a firming undergarment. Ladies, remember back in high school & college when you were trying to squeeze into your “skinny” jeans? You’d lie on the bed & wiggle & tug. Well, this is the same thing; for the sole purpose of trying to redirect things to places other than where they naturally are. That would work up a sweat. Then I attempted to blow dry my hair using the wall mounted dryer in the bathroom. Although this type is more powerful than the one on Serenity, you had to keep pushing down on a button with your thumb to make it run. Mine kept slipping off. On Serenity, there is a portable, more powerful dryer in the closet. I started a scavenger hunt; & did finally find another dryer hiding in the floor of the closet. I also unearthed a shoe horn which would have been helpful a few days with the boots.

Then I dropped a contact, which I had trouble finding on the very busy granite counter. And when I thought I was just about ready to go, I couldn’t find any lipstick! Thank God there are only 2 formal nights this cruise.

Everyone looked lovely & happy to be dressed up (they obviously had more fun getting ready than I did). Our table was quite lively tonight; except for Maurine (a woman who rarely shows any emotion, other than disdain). And in walks Ioannis (“the Chief”), looking dapper as ever. You could tell that he already knew Pauline (who is onboard for, I think I heard right, 8 cruises). He looked slightly shocked to see me at his table; but I somehow think he already knew I was going to be there. He charmed everyone at the table, as I knew he would. The wine was flowing; conversation moved along beautifully. I even learned that Dorothy & I share a love of Istanbul; & then waiter, Adem, chimed in that that’s his home.

I was not super excited about tonight’s menu however. I had the Capt’s salad which was plated beautifully. They created the salad “bowl” out of a large curved red lettuce leaf. Other greens were mixed with king crab meat, cherry tomatoes, marinated artichokes & white asparagus. I had mine with bleu cheese dressing. I chose the pasta special, which was “Garganelle Rigatoni”; also with king crab meat, tomatoes, roasted squash, roasted garlic & pancetta. It was divine! Everyone else at the table feasted on the Maine lobster. Nothing jumped out at me on the dessert menu; so I had a cheese plate again. When at an officer’s table, they provide a red & a white wine; & I had a little of both tonight. And I was “relaxed” & not overly full. I probably could have gone home & gone right to sleep. The Chief “dismissed” us (as he jokingly says) about 10:30. 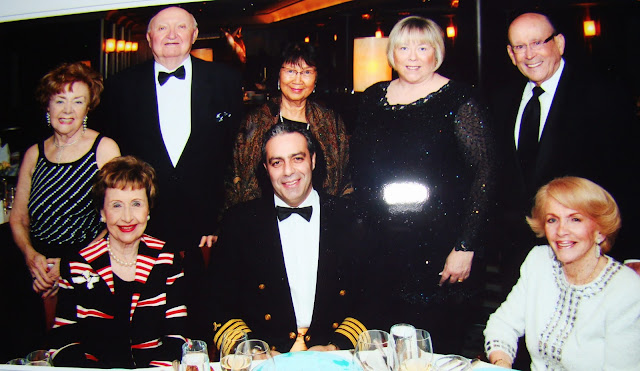 There is a gentle vibration tonight as we forge onward toward Halifax at a comfortable 17 knots. We’re just now coming out of the mouth of the St. Lawrence River; & making a turn toward the southeast between Canada & Newfoundland. As much as I want to check into Cruise Critic & Facebook on the computer, I’m not going to do so. I’m going to relish this gentle rocking; & try to get to sleep earlier. I want to be refreshed & sharp for that bridge lesson in the morning.

Since there was nothing to really "shoot" today, I'm going to add a few shots taken in Montreal: 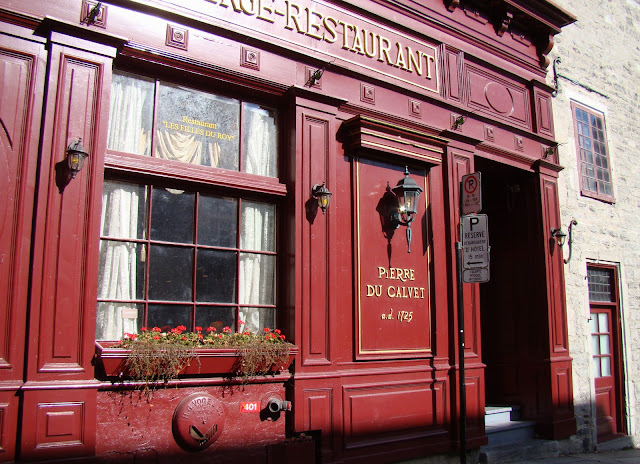 A view of Montreal with the Laurentine's in the background, 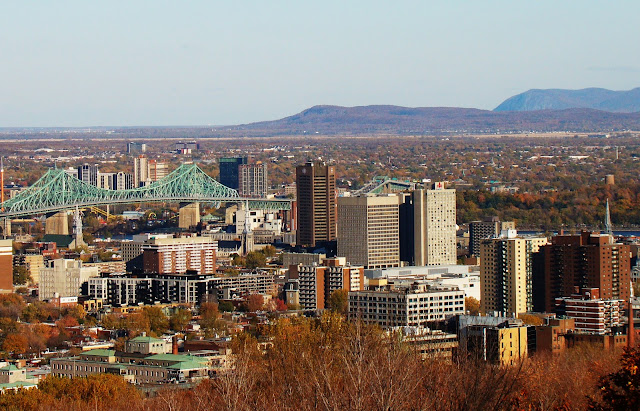