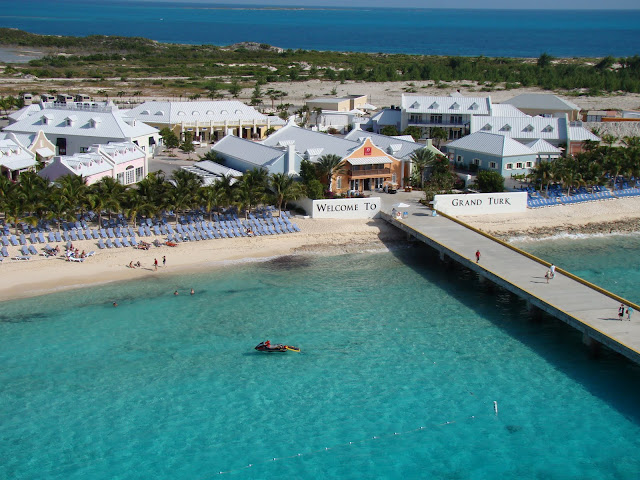 Periodically throughout the night, the rocking would become more pronounced. Not that I minded, of course; but it made me wonder if we were heading into the front that was causing the unstable weather in south FL. If that’s the case, then my sinuses are going to rebel sooner rather than later. It must have been 2am (new time) before I finally went to sleep. Awake a little after 9. The weekly crew emergency drill was at 10; & Catherine was standing out in the hallway in her orange jacket when I left the cabin. I stepped out on the promenade deck & took a quick look around. The Seabourn Spirit was docked on our starboard side but was gone by mid day. It’s blazingly hot out there. And I won’t be… 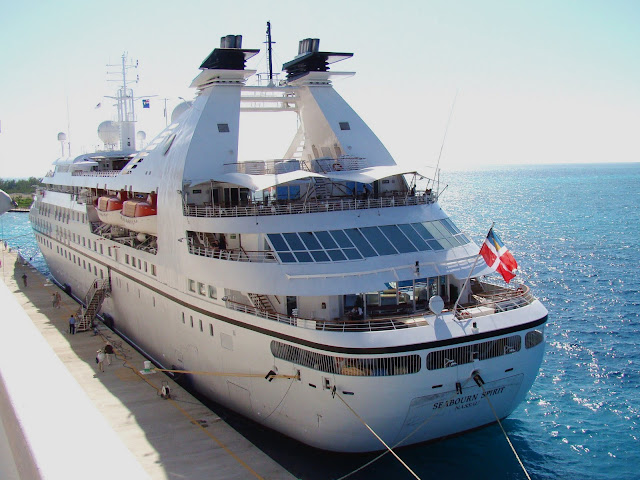 Off to the Bistro. I can see some little elf has been working on the Christmas tree in Crystal Cove. Another string of lights has miraculously been added; trying to make one string stretch around the entire “length” of the tree. Fran had offered to get off in STM & buy more lights; but I don’t think anyone in particular wanted to redo the tree. And Ioannis has declared the light situation is not “his problem”. Looks like it is what it is; & that’s the way it’s going to be. A lot of the crew will have time off today; & they are very much looking forward to some private beach time. As much as I’d like to see them relaxing, it’s not going to pry me off this ship (until I have to leave on Monday, kicking & screaming). And from what I can tell of the Naples weather forecast, I may not have enough “warm clothes” to wear home. 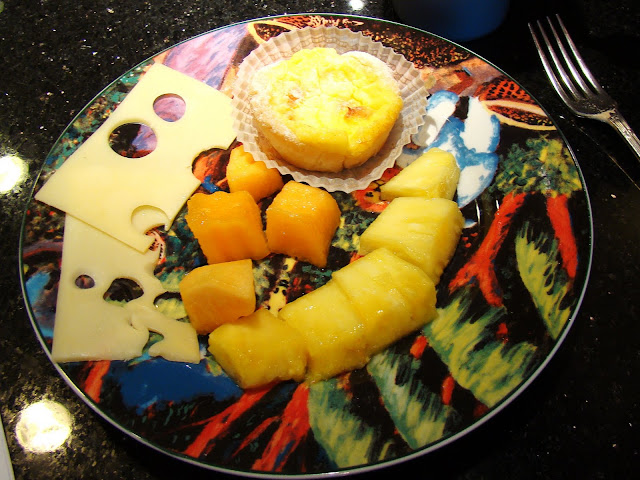 I had some fruit & cheese & one of those simply orgasmic vanilla custard “cakes” off the Bistro buffet; & my 2 mugs of capp. For the next 2½ hrs, I sat at the bar on the computer, chatting w/ the “guys” & the occasional passenger. Barbara came by for coffee & was spending her morning working on her student’s grades which were e-mailed to her. Harvey & his siblings have been in & out, as his Mom parks herself here daily at a table by the window.

I’ve been giving a lot of thought to the “perfect cruise”. Seven days is hardly worth the effort of packing (unless one has personal obligations that restrict you). At the 10-day mark, you’re just “getting into the groove”. After 14 days, I still wasn’t ready for it to end. But now as 22 days approaches, I’ve decided that fits me “just right”. Twenty-two days w/o setting foot on land, that is. A world cruise, broken up by interesting days exploring foreign ports, is a different animal altogether. When I think of Ann being onboard for 3½ months, I wonder if I really could manage that. I’m sure I’ll never know. I’ve done back-to-backs on other lines. I don’t remember it making any difference in the way I was “treated”. And that shouldn’t make any difference. I’ve been noticing a difference on the 2nd segment of this cruise. Maybe it’s just my imagination, a coincidence; or maybe (after 6 cruises on Serenity in a 5 year period) SOME of the crew is just now getting familiar w/ my face. For instance, the head waiter who works the Lido/Tastes area has begun calling me by name (even though we’ve not been introduced). Don’t get me wrong……the Crystal crew is ALWAYS attentive, friendly & one step ahead of the rest. But is it possible that they give even more attention to “in transit” passengers??? Is it just like any other “friendship”, when an easygoing trust begins to develop? Or am I reading more into this than there is? Maybe some of my esteemed Cruise Critic “friends” will give me their take on this. 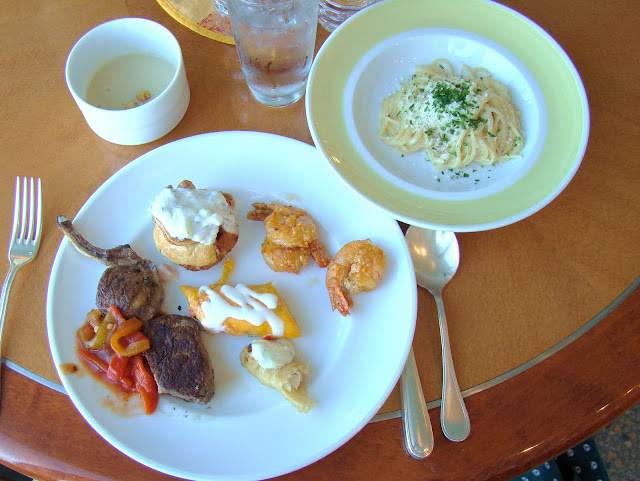 Just after 1pm, I went up to the Lido Buffet for lunch. Nat was first on the scene to get my water & find me a table on the “cool” side w/ a good view. Benjamin pushed my tray down the line, scooping up anything I pointed to. There were so many things on the menu that sounded good to me. I think it was the best collection of buffet fare I’ve seen all cruise. I had a small taste of the delicious cream of roasted garlic soup w/ herb croutons. I cut a little piece off the beer battered cod just to taste. It was very good w/ their special tartar sauce. Half a vegetable burrito was very good also. They had a mixed grill from which I took a lamb chop & a piece of filet mignon. It was served with a simply divine peperonata “relish” (a sweet spicy red, green & yellow bell pepper concoction). They had these cute little pastry “purses” that contained Tandori spiced chicken topped w/ a mint raita sauce. It was pretty good; but my least favorite of everything I tried today. They also had tuna melts pre-made. And I was really in the mood for one; but they were just too big, & there was no way to cut a half in half. They might not have held up well on the steam table either. Chester created another stellar appetizer portion of spaghetti carbonara. I’m really gonna miss carbs….& Chester. 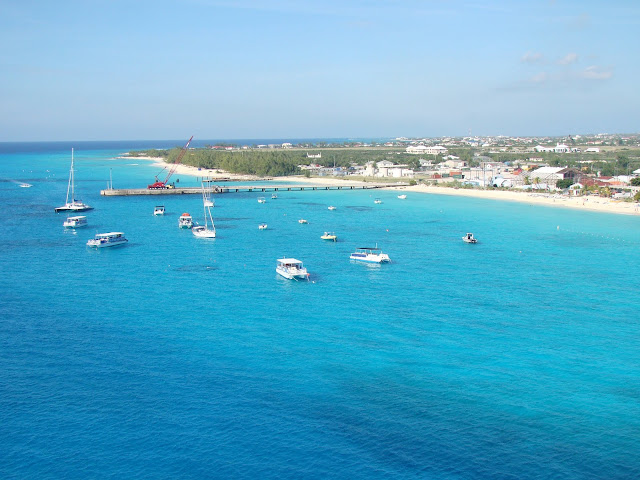 The big winner was the Thai sweet chili-honey prawns. Orgasmic is an understatement. I don’t think they served these during the last segment; & if they did, I’m kicking myself for not knowing about it. I can add this to my list of foods to “special request” in the main DR next time. I stepped outside to take more pictures from the higher vantage point. I could see some of the crew engaged in a ferocious game of volleyball on the beach. I took a lot of photos which I hope to “enlarge to greater detail”. A chance to see what these guys look like “topless”.
Posted by Unknown at 11:51 AM