February 1st
The tempest at sea……..


Other than having to get up about 8 times & go to the bathroom, it was a quiet night.  What happened to all that nasty weather?  I’ve been guzzling massive amounts of water in hopes of keeping this sinus stuff ‘moving’.  I turned on the TV at 8:15 to finish watching the morning show.  Much to my surprise, I actually had a few seconds on screen from yesterday’s highlights clips (sipping my bloody mary at the pollywog ceremony). 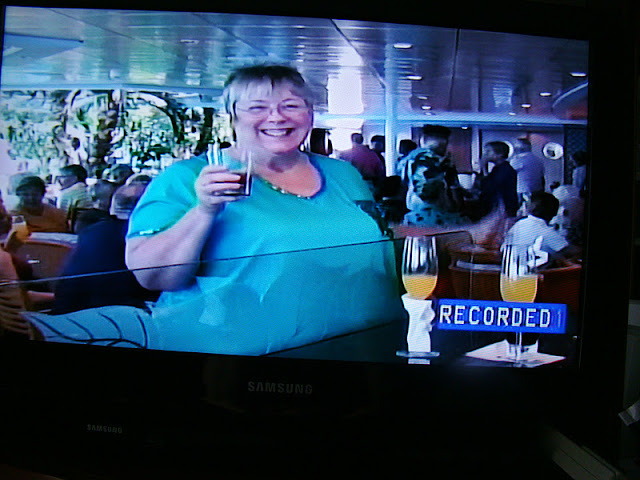 Capt. Glenn’s morning report from the bridge explained how things went down (or rather didn’t go down) last night.  We had originally been traveling in a south-southweslyt course.  Yesterday afternoon, he altered that to due west in hopes of skirting this bad weather.  Last night he made yet another decision to head northwesterly trying to postpone the inevitable turbulence until during the daylight hours today.  He informed us that it will get rougher throughout the day; but should be much calmer after midnight.  We’re currently moving at 22 knots (25 land mph) on 5 of the 6 engines, making up for this deviation in course.  We can expect clouds with rain, upper 80’s & winds upward of 35 knots.


I had a quick breakfast & capp; & went to bridge class, not quite as enthusiastically as I have been.  We only had about half the usual number of participants today.  Not sure if the weather was a factor or a scheduling conflict.  Knowing that this drastic weather system is coming, explains why my sinuses took another nosedive these past few days.  For that reason, I’ve not been as mentally sharp in class.  I’m holding my own; but some things just aren’t clicking.  Today Eddie focused on showing us how to win tricks from our long suits.  Crew emergency drill was taking place at this same time; & there were a lot of distracting announcements.  Today’s (pretend emergency) was a fire in the engine room.  We gladly overlook this interruption in service, knowing how important it is to hone the crews' skills in all emergency situations.  On Crystal they have crew drills weekly; & I find that comforting.
When I left class, I moseyed past the library; & saw a very comfy lounge chair that had my name written all over it.  I thought it would nice to sit somewhere very quiet & finish my book.  I did just that until about 1 pm when I headed up to the Lido buffet for lunch.

Libert rushed to the back to retrieve a Dr. Pepper; & I’ve pretty much taken over Chuck’s favorite table (a 3-top, starboard side aft).  I’ll hand it to Chuck….it’s a good people watching table, close to action & right beside an electrical plug for the computer.

I got little tastes of lots of goodies.  I had a piece of beer battered (I think it was) cod with tartar sauce; some calf’s liver with roasted apples with creamy bacon sauce; sirloin with a blue cheese crust; a shrimp, pork & pineapple skewer with chili-soy sauce; hearts of palm; & a little pasta salad with sundried tomatoes & olives. 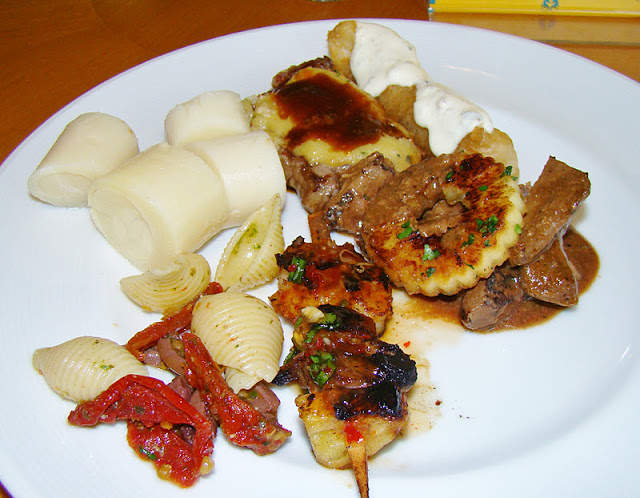 I then had a half order of the pasta special, with tomato sauce, cream, English peas, mushrooms, ham & parmesan.  Everything was outstanding. 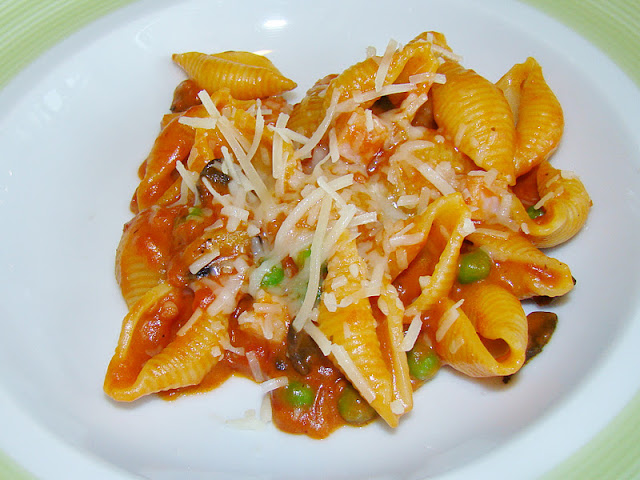 Just for a little sweet taste, I had a few pieces of fruit, cheese & chutney; & a sliver of the apricot strudel. 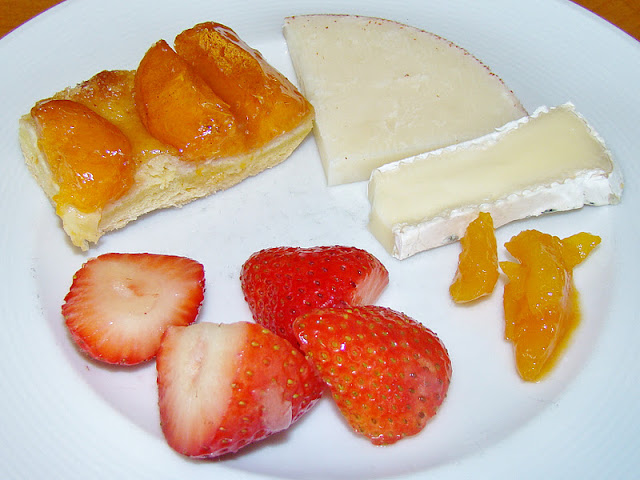 It was getting very rough all the way aft in the Lido restaurant; so we were obviously moving into the ‘juicy part’.  I went down to deck 8 aft to check out the seas.  The wind was blowing so hard, I could barely open the door; & when it slammed shut I almost lost a finger. 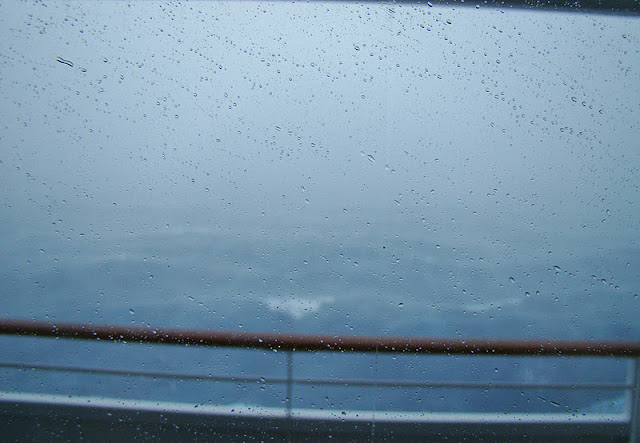 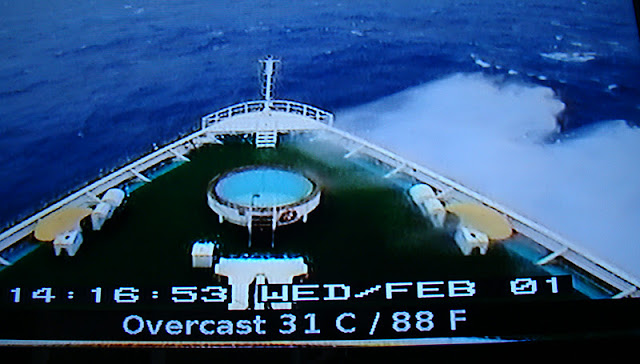 So I went back to the cabin to check the ScanDisplay on TV that shows our course & the weather conditions.  At times it was blowing rain so hard you can barely see.  And since the wind was blowing from my side of the ship, when I opened the verandah door all the mirrored surfaces in the cabin fogged over. 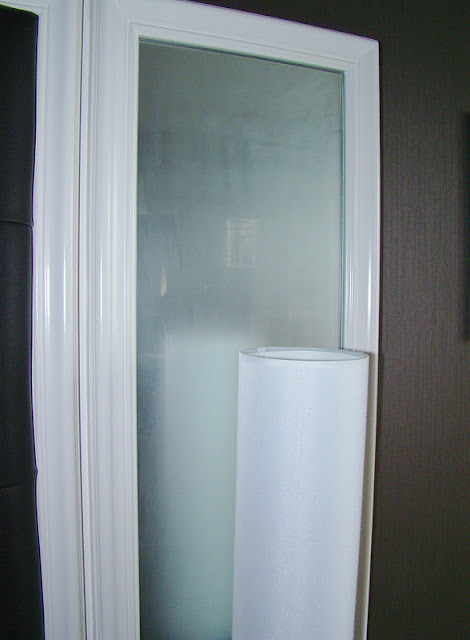 The TV was showing (apparent) wind speeds from 40-59 knots across the deck.  Yet the seas were only 16’.  There was a loud noise similar to that of a vacuum cleaner whistling through the gaps in the sliding glass doors to the verandah.  There was no way to stop it.  So, I got my iPod & played white noise sounds while I napped.  I figured I was safer in a reclining position than up walking around.  I dozed a few times; but was awakened when 2 weather related announcements were made over the PA system.

The first was some officer (possibly the asst. cruise director) advising of changes in the entertainment schedule for the evening.  It’s too dangerous for the dancers to do the production show; so it’s being postponed until a later date.  They have scheduled an entertainer to perform tonight instead of later in the week.  And because it’s too unstable up top in the Palm Court, all the dance music is being moved down to the Starlight.  I know there are die hard dancers; but I wonder who, other than the dance hosts, will be out on the floor tonight.

Shortly Capt. Glenn came on the PA to remind us to keep our breakables stowed away; & to be very careful walking about the ship tonight.  He fully expects things to calm down after midnight; at which time they’ll fire up another engine & make up some of this lost time.

I gave some thought to having dinner up in Tastes tonight (especially since I’m enjoying the bumpy ride).   But I opted for another dinner in.  I wasn’t super hungry; & a few lighter things on the menu sounded good to me.


Liz brought dinner about 8:15.  For starters, I had seared sea scallops served over papaya ‘tartar’ with vanilla foam.  The scallops were still warm & perfectly juicy. 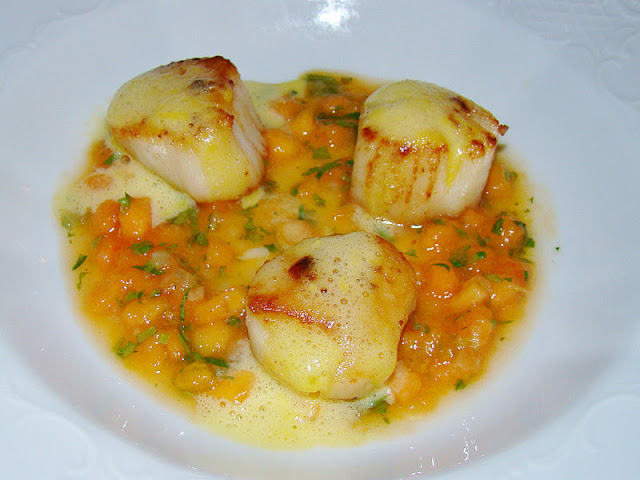 This was followed by an excellent bowl of clam chowder with lots of chunks of clam. 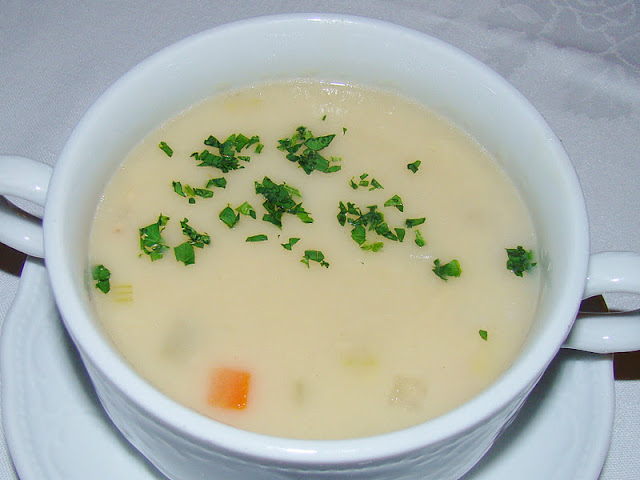 For my main course, I chose the lobster cobb salad.  It consisted of the usual cobb salad ingredients, with the addition of cucumber, peas, cubes of mango & smoked cheddar cheese.  It was tossed win a lemon tarragon dressing; & it was excellent. 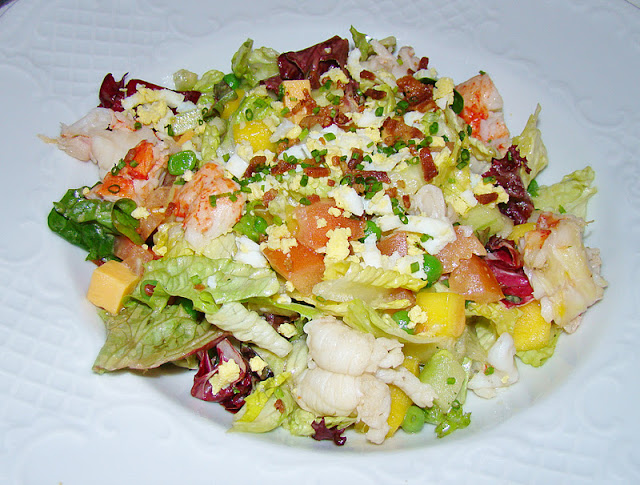 I ordered a dessert called “Villa D’Este”, which was described as dark chocolate mousse on a chocolate rice crisp, accompanied by citrus salad.  I had no room for it; so I put it in the fridge for later.  I did take a small taste; & it was as delicious as it was beautiful. 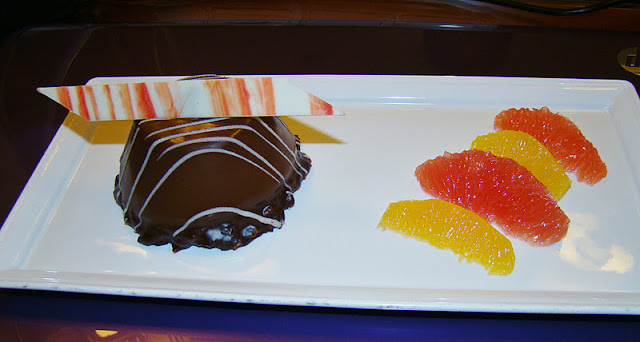 I know y’all are sick to death of hearing about my sinuses.  But this thing is whipping me good today; & I feel like I owe an apology to my neighbors on either side for the incessant coughing.  After dinner, the internet wasn’t cooperative.  We turn our clocks back another hour tonight; & it’s a shame to waste that extra hour doing nothing productive.  But I’m going to spend it doing the only thing I feel like doing…..trying to sleep.  Pity party’s over…..

Poor thing. It's horrible having sinus issues on vacation. Feel better soon! Thanks for the blog and wonderful photos!