I had set the alarm for 9; but by instinct on a sea day, my eyes popped open at 8:01.  It’s like Rick Spath & Elise Ivy send out telepathic signals for me to wake & watch their morning show.  Their morning banter puts me in an upbeat mood; & I love seeing the video clips shot around the ship the day before. 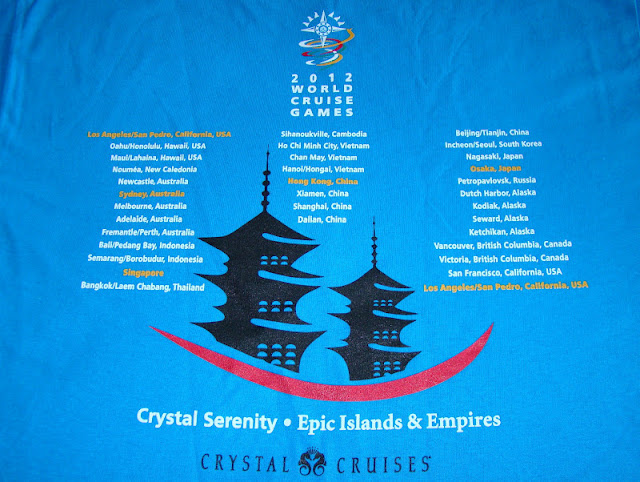 It was a busy sea day today.  The morning started with registration for the World Cruise Games (Crystal’s version of the Olympics which are held every year during the World Cruise).  It’s a lot of fun for the passengers & crew, where competitions are held in various (non-threatening) sporting events.  Some of the events are based on real sports (i.e. basketball free throwing, shuffleboard, golf putting, lap swimming & paddle/table tennis).  Some events are civilized board-type game competitions (i.e. gin rummy, bridge, scrabble, chess, backgammon, etc.).  And for those of us who are truly couch potatoes (darts, free cell, solitaire, Sudoku, photography & just plain walking).  Its real right down to the opening & closing ceremonies, scheduled competitions, official judges & award ceremonies with medals.  I thought it would be a hoot to enter the photography & Sudoku competitions.  Those are the only two ‘sports’ in which I have a prayer of not making a fool out of myself.  And even if I do…….I’ll come away with a lovely souvenir commemorative tee shirt. 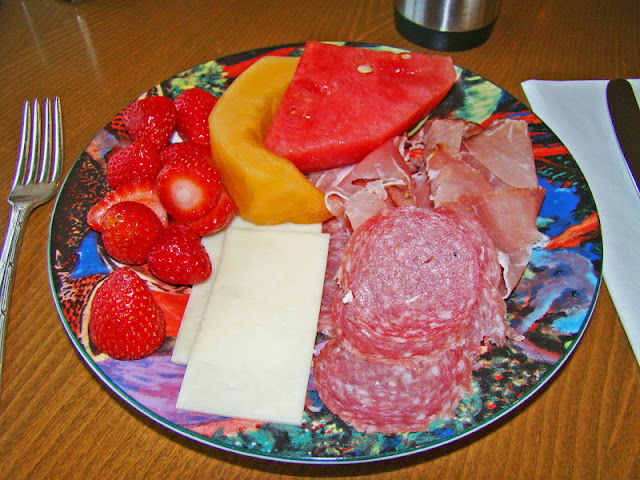 I had plenty of time to go to the Bistro for a little breakfast.  You could tell that new produce was brought onboard in Sydney.  The fruit was at that perfect stage of ripeness; & the scents permeated the room.  The strawberries were small & sweet as sugar.  I had mostly fruit & prosciutto with my cappuccino.
In Capt. Glenn’s morning report from the bridge, he stated that we are leaving the Tasman Sea & entering the Bass Straights between Tasmania & Australia.  We have a nice 17 knot tail wind pushing us along.  The Celebrity Century has been shadowing us all day.  His quote for the day……”The best exercise for your heart is reaching down & lifting people up.”

Bridge classes started back today; & we were to see if there were going to be ‘new’ beginners & how Eddie & Rachel might have to split the group up.  There were 4 new students; but only 2 of them will have to start from scratch.  So, they will be taught in a separate class starting at 11 am.  The other 2 (who are more advanced than we are) will be integrated in with us at our same time 10 am (I begged for the 11 am slot; but everybody else wanted it at 10).

Somehow Louise & I got seated at a table with a new lady; & let’s just say, that she’s presenting a challenge in our learning processes.  Today, we started to learn bidding (something that I’ve been dreading).  Our new tablemate (who in all fairness, was trying to be helpful) kept elaborating on everything that Rachel was trying to teach us.  Louise & I weren’t quite grasping things; & she only made it worse.  I finally had to say (in an ever so nice way) that she was not helping either of us with her ‘coaching’.  After managing to hold my own during 17 lessons, I’m not going to let someone come in & ruin the rest of it for me.

During the lull between bridge & lunch, Celeste & I sat at the Cove Bar while I tried to explain the strategy of Sudoku.  Like myself, she’s not an athlete per se; & she wanted to try out for Sudoku.  So, you might say I’m aiding & abetting the ‘competition’.  It’s all in the name of fun! 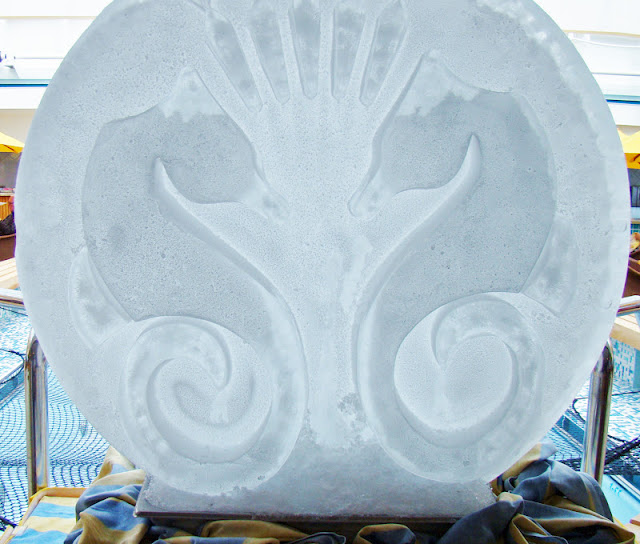 There was another themed buffet around the Neptune Pool at noon.  And this one was new to me….”Cuisine of the Sun” (featuring foods from the European countries that surround the Mediterranean).  I like the concept; & there were some very good dishes that showcased each & every country.

I got little tastes of a lot of things:  hearts of palm (of course), prosciutto & Spanish sausages, Marrakech tomato salad, grilled mushroom polenta, courgetts & cheese patties, sautéed potatoes & mushrooms, marinated bell peppers & zucchini, lasagna & (the only disappointment) was the bacalhau (& no I’ve never seen it spelled that way either). 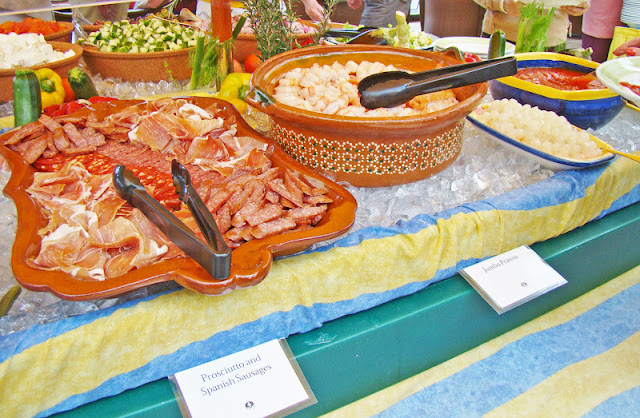 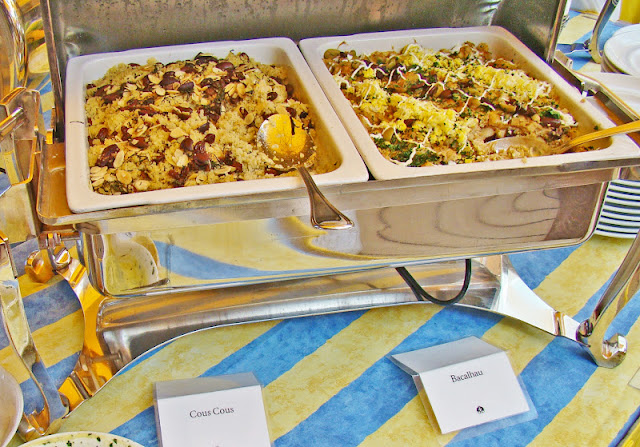 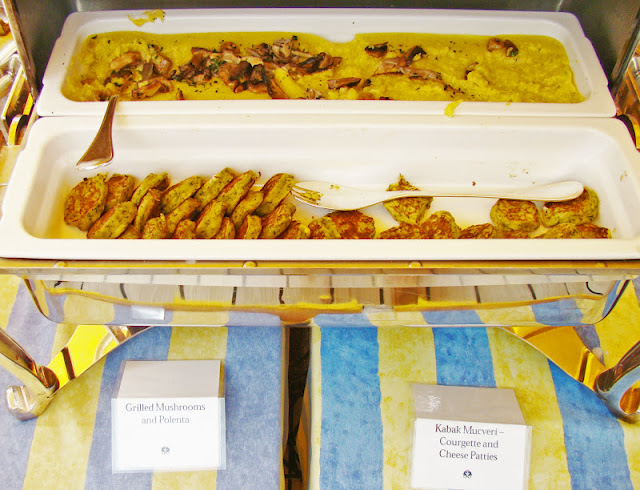 I sat for a long time reading quietly at the back of the Lido restaurant before I could make room for my dessert sampler; baklava & flan. 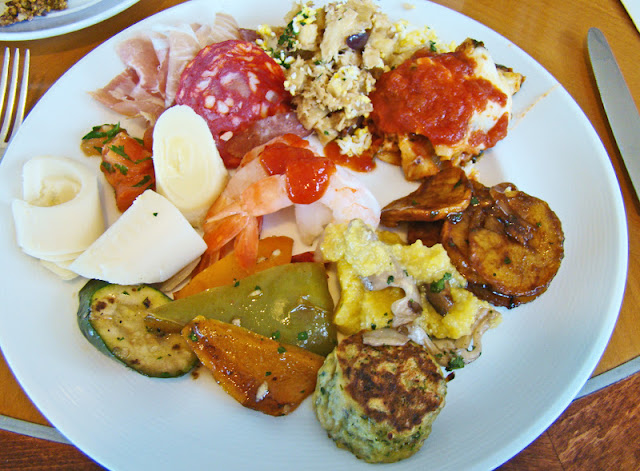 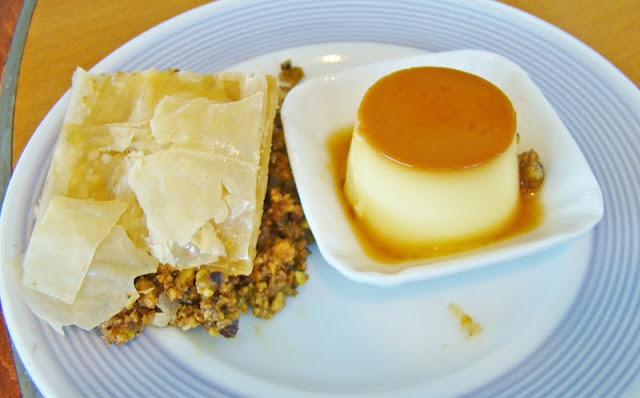 There were 3 guest lecturers schedule for today.  Only one (on the port of Melbourne) was of interest to me; & that conflicted with bridge class.  And I was so busy the rest of the day that I never got around to watching the rerun on TV.

At 2, I had a haircut appointment.  Another ‘first’ for me today……I’ve never been on a ship long enough to require a haircut.  I had requested whomever was their best ‘razor cutter’; & they right away said, Rachael.  The only thing is, Rachael hasn’t been able to find a new blade in any port that will fit her razor.  This made me nervous for a moment; but she worked her magic using her scissors.  Her hands were flying so fast, I was having flashbacks from the movie “Edward Scissorhands”.  She did a great job too.

I went back home & spent several hours editing photos.  I took so many in Sydney; & I knew if I got behind, I’d never catch up.  I’ve done that before, & ended up taking another 2-3 months to finish after I got back home.  And I also wanted to take some time to study & enhance photos that I might be entering in the ‘Olympics’.  We are allowed to submit only 3 photos; & they must be taken between Feb. 7 – 20.

Tonight was the Capt’s Welcome Aboard Party; therefore a formal night.  And I suppose the only reason why I was willing to dress was because Rachael had done such a good job on my hair.  So, I went up for a drink & walk about; but came back & ordered dinner in.  I knew I was going to be spending most of tonight on the photos as well. 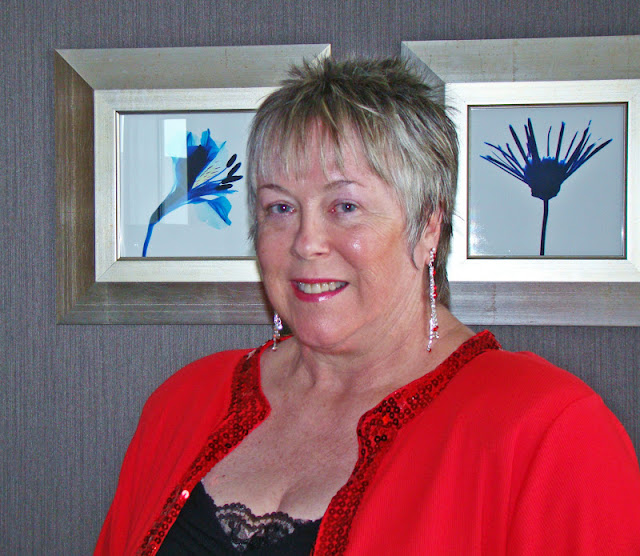 There were some hits & misses on the menu this evening.  Always a hit….the broiled Australian rock lobster tail.  Tonight that was served with cauliflower-chive risotto, snow peas & asparagus. 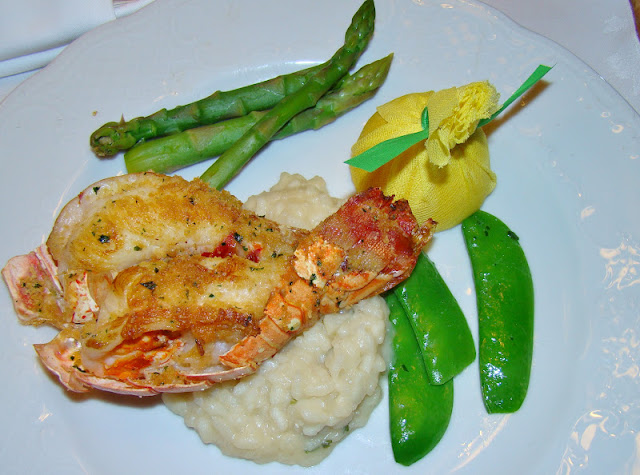 I also thought I’d try an appetizer portion of the tonight’s pasta special, tagliatelle pasta with oven-dried tomatoes, mushrooms, fava beans, basil in an alfredo sauce.  I thought anything with alfredo sauce had to be good; but I was not exactly bowled over.  It was kind of bland in my opinion; & the fava beans were a little too crunchy for my taste.  I wrapped it up & put it in the fridge.  I may have that for my breakfast before my early morning tour. 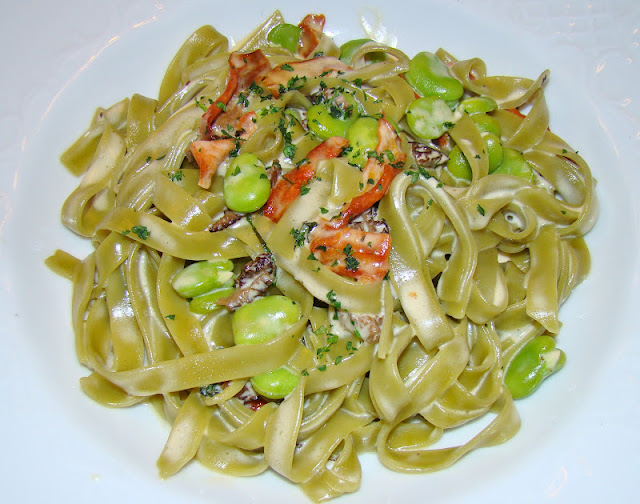 The internet hasn’t been fast enough to upload all the photos I wanted to put on yesterday’s blog.  So, that’s still yet to be done.  And I can’t post today’s (Thursday’s) until Wednesday’s is up.  So, tonight I’m praying to the satellite Gods to give me a strong, fast signal tomorrow in Melbourne.  It’s nearly 11; & I'm really pooped out.  Hope sleep come easy & fast! 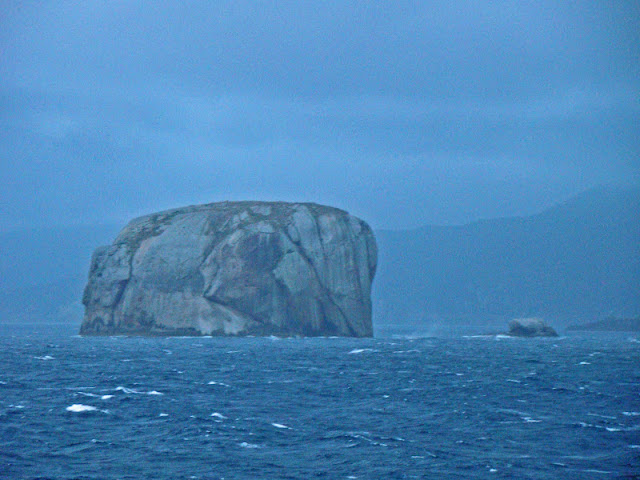