I woke about 9:30; looked outside to find it still grey & misting rain; temps in the mid 50’s.  I scared myself when I looked in the mirror; my eyes were so red it made my pupils look almost green.  I had worn contacts the night of the WC party; & I think there’s some infection going on in there.  That’s what I get for trying to extend the use of each pair beyond 2 weeks.  Another result of not bringing enough ‘spares’ for an extra month at sea.  I started having problems with the contacts about a year ago; & that’s why I wear glasses most of the time now.  I hate it; but I don’t want to find out what repeated eye infections might do to my site. 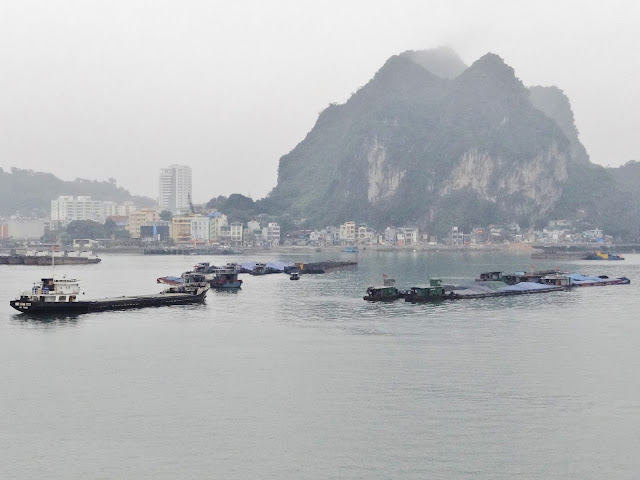 On my way up for breakfast, I went to the other side to tell Liz to not service my cabin this morning since I would be in & out all day.  I cancelled my full day tour into Hanoi today because I needed to get the rest of these travel issues cleared up.  I had breakfast in Tastes for a change.  I was craving their apricot French toast & some bacon.  It was pretty quiet around the ship; everyone obviously ashore. 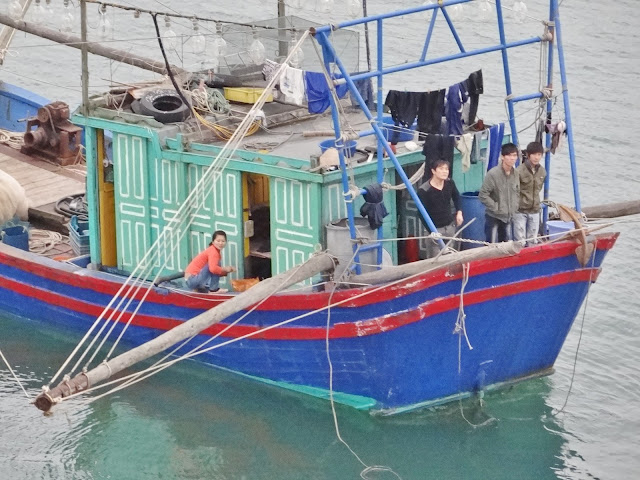 I had been online & figured out what flight schedule I wanted to change to.  Johann got on the phone first with Travelocity, since I had originally booked online with them.  Since United had now officially merged with Continental, Travelocity couldn’t cancel & reissue my ticket.  So, he placed a call to United.  I was on hold FOREVER: & ended up with one of those call centers from hell in India.  There was lots of background noise in the lobby; & I could barely hear this guy.  After 30 mins. of shouting at each other, I cancelled & rebooked my domestic ticket to the tune of $237 (ca-ching).


Back home I worked on those ‘lost’ photos until 2; went up to Tastes for a reuben sandwich.  Came back down & went right back to work.  It remained grey & chilly all day.  We lifted anchor at 8pm & slowly crept our way through the dense fog out of Ha Long Harbor.  I ordered dinner just after we set sail.  I started with an appetizer of warm seafood tart with spinach & caramelized onion garnished with a tiny sprig of lamb lettuce.  Beautifully plated; & delicious. 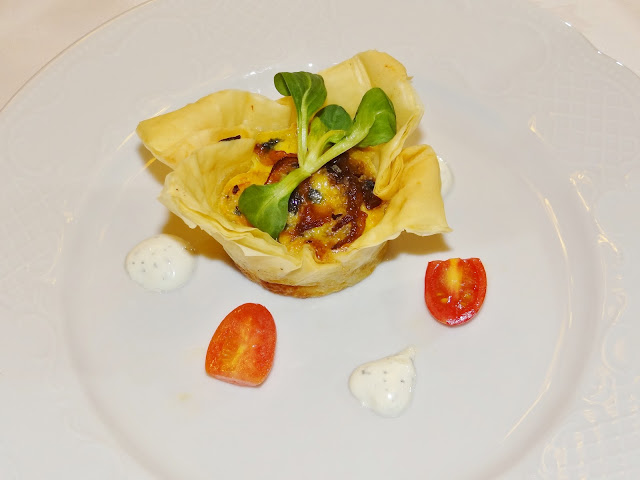 I followed that with a butter lettuce salad with tomato, onion, artichoke hearts & blue cheese dressing. 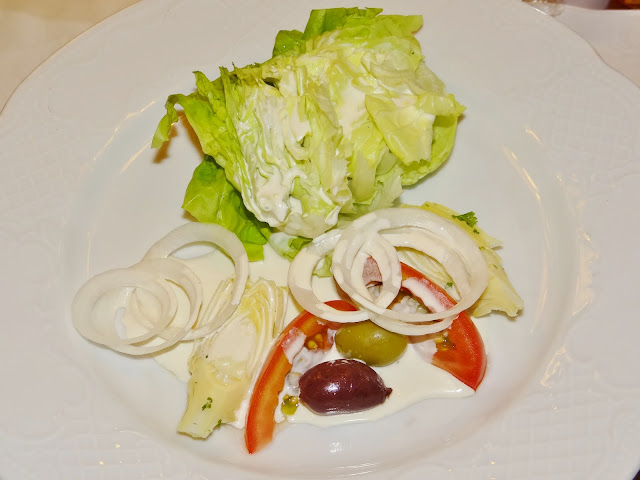 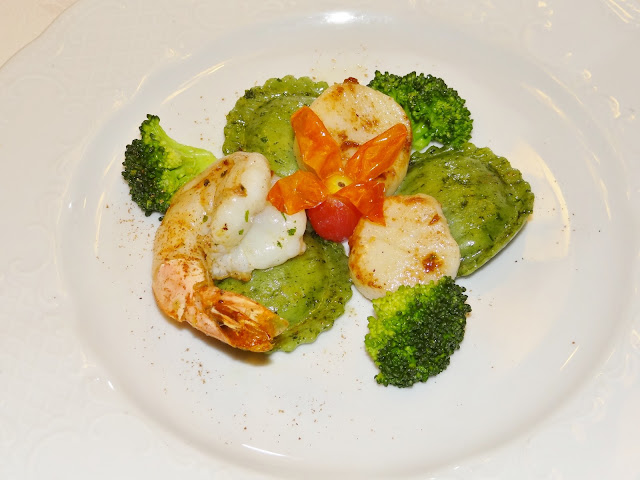 Much later I had my dessert which was called ‘coconut tree’.  It was coconut chocolate chip cheesecake with a mango sauce garnished with a cute pineapple shaped cookie. 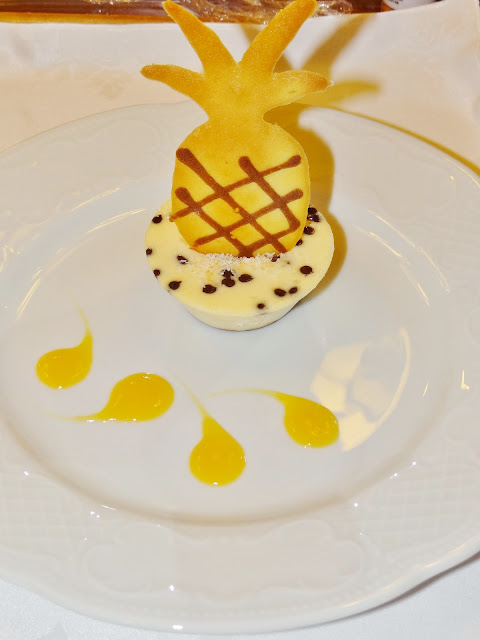 My eyes were itchy & burning from staring at the computer screen all day; so I turned everything off & just relaxed in the dark enjoying the rocking motion of the ship.
Posted by Unknown at 8:03 AM