I kept waking up during the night; & basically took short cat naps from 4:30 until I got up at 6:30.  I looked outside; & saw that it had been raining.  The only persons visible were the security guys walking deck 7.  I laid in bed pouring over the new shore excursion books.  I studied the tour books at home for months before I made up my mind; & prebooked online.  Here I don’t have the luxury of making comparison sheets, researching attractions online & matching what Crystal offers with what interests me.  The next segment from Hong Kong to Osaka is the harder of the two.  It’s another very port intensive itinerary; & there are lots of tours to choose from.

Also on segment 4 is a 3 day/2 night overland program that is included in our cruise fare.  The ship will be docked at the port of Tianjin, China which is approximately 3 hours from Beijing.  Guests have a choice of packing a suitcase & staying 2 nights in a Beijing hotel; or they are free to stay onboard the Serenity.  There will be meal service; but not much else.  I have heard that there are about 45 passengers who are choosing to stay with the ship.


Between you & me, the 3 days of solitude; having the ship all to ‘myself’, sounds like heaven.  I could catch up on reading & blogging & probably fully edit the over 3,000 photos I’ve taken so far.  And when would an opportunity like that ever come up again?  NEVER!

Even though I don’t want to ride around on a bus for 3 straight days, I’ll go.  I know I’d kick myself when everyone else comes back raving about the Forbidden City, the Great Wall & the Temple of Heaven.  When in Rome….. 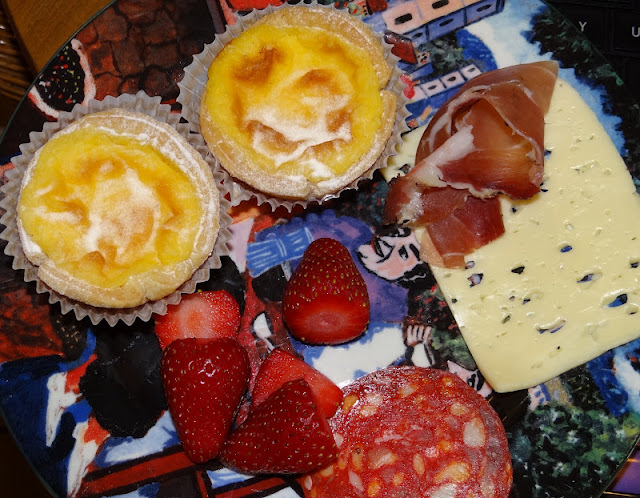 So, back to today…..I went up to the Bistro at 10; & set up my computer intending to work on photos there instead of in my cabin.  I took the first ‘water pill’; & for the next 4 hours I was race-walking back & forth to the bathroom.  I’m very glad I wasn’t on a 12 hour bus tour in Phnom Penh.  While I was away on one of those ‘happy stops’, Adrian brought over the last 2 Portuguese tarts before they shut down the breakfast buffet.  I ended up wrapping them in a napkin & bringing them ‘home’ to put in the fridge for the next day.  I didn’t have the heart to give them back to him. 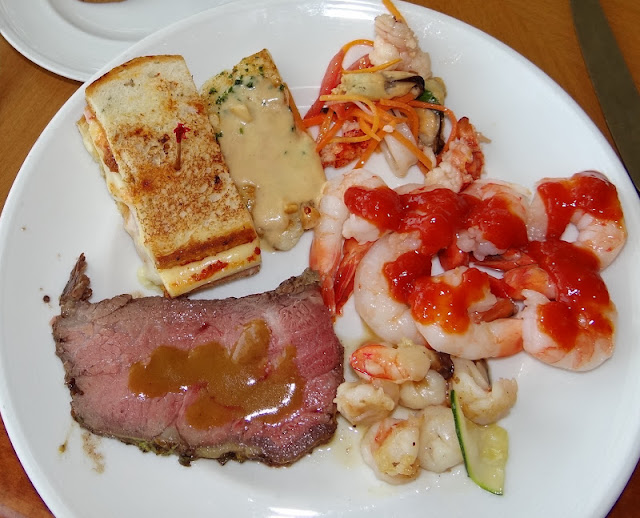 About 4:30 I went down to the photo gallery to get passport photos taken.  I then took them to the Concierge to put with my Chinese visa application.  When the doctor’s office opened at 5, I went down there to pick up the prescriptions.  I went out on the aft deck because the late afternoon sun was shining so brightly on the shoreline.  I spotted a park area near the jetty where there were many families picnicking & watching the boat traffic.  Since I chose not to tour today; & it was a slow news day, I thought I'd throw in a few photos of the locals at play & the area around Sihanoukville Harbor. 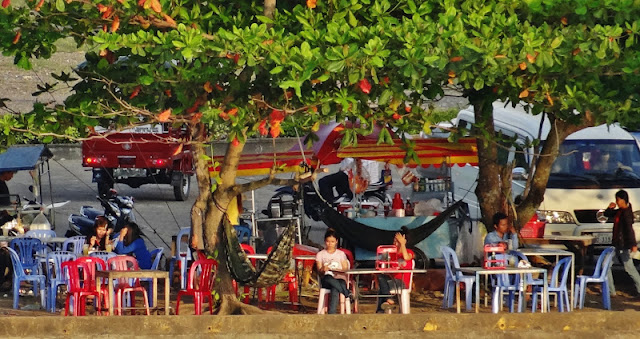 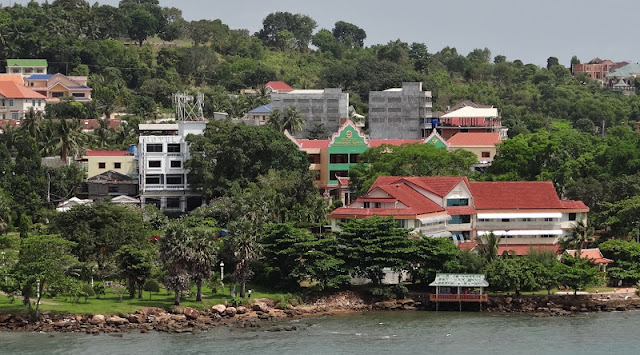 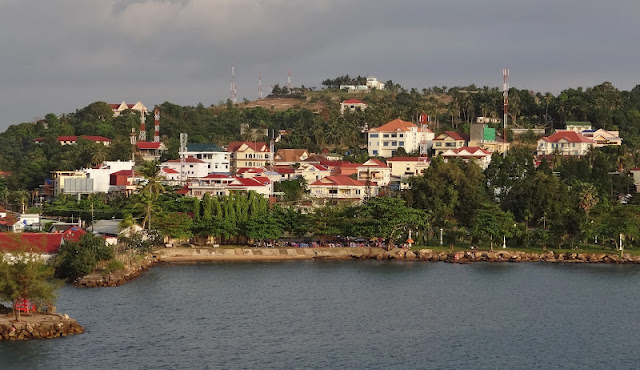 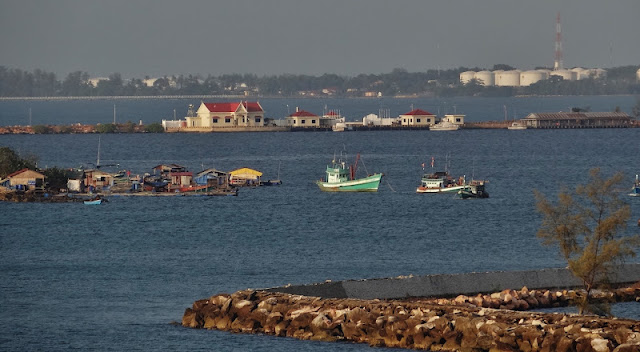 I went back ‘home’, put my feet up & took a nap.  I worked on photos until Liz brought my dinner at 8:30.  I started with an Asian vegetable salad with tofu & sesame dressing (so-so).  My entrée was sautéed lemon filet of sole on king crab risotto, with asparagus & brussel sprouts.  The risotto was excellent. 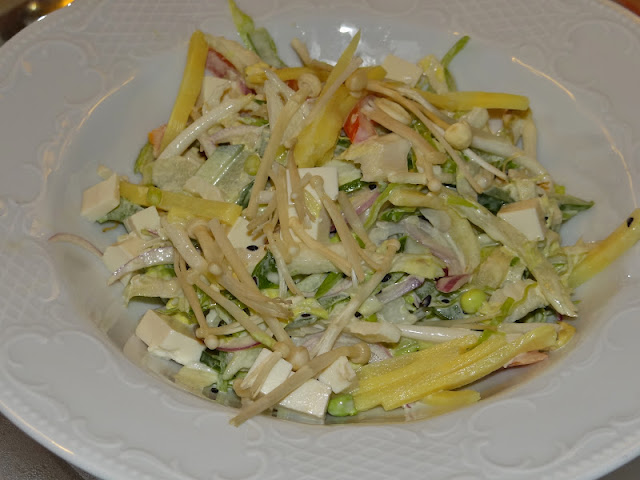 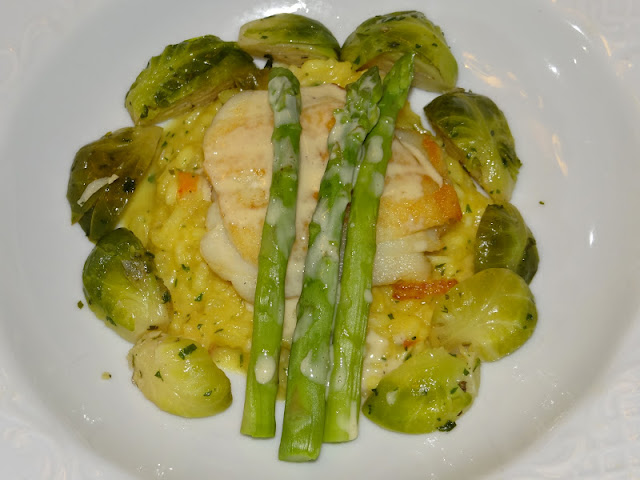 After dinner I was able to swap emails with my T.A., Luggage Concierge & my financial advisor (since it was just the start of their business day).  By 11, there was a nice ‘shimmy’ compliments of the ship’s engines.  I was wiped out; & ready to be rocked to sleep.
Posted by Unknown at 12:26 PM

Becky - definitely so the China overland. I have been, its amazing and you will be so regretful if you did not take this opportunity. I know you will be thrilled that you did! Thanks for continuing with such a great blog.

So are you still on ship?? sure hope everything got taken care as needed.

Becky, Did you get to stay in the same cabin, or did you have to move?

Becky, Did you get to keep the same cabin?